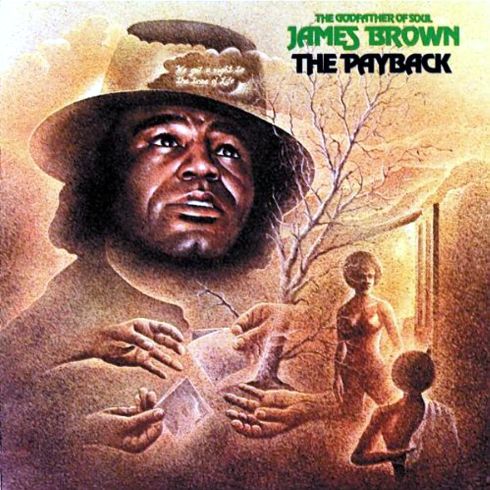 The hypnotic bassline hook that gives this album’s title track its seductive swing is one of the most sampled sounds in musical history. Kendrick Lamar’s King Kunta is the latest example of how far its influence extends. Producers keep using these taut tightrope grooves for a reason.

It’s a particularly potent type of soul power we’re dealing with here. James Brown was a shapeshifter and here’s an example of him at his untouchable best. He struts imperiously across every tune without ever breaking stride.

The spare, open arrangements on The Payback make it ripe for plundering. The clipped wah-wah guitar that’s woven through its fabric is the definition of a funk phenomenon. His vocals are in a different class. Brown’s insistent delivery is the sound of a man on a mission. He’s hell-bent on revenge and clearly it’s time to collect.

Remarkably for a career that was only two decades old, The Payback was Brown’s 40th LP but there’s plenty to separate it from the 39 that came before.

Released in 1974, not just sonically but emotionally too, there is something more stripped-back and streamlined about this one. It’s leaner and meaner in terms of texture and tone. There’s tremendous energy and a palpable urgency to it.

Something comes to a head here. There’s coherence to the message of empowerment and emancipation. The cover image is a break from Brown’s showbiz persona; he sports an omnipotent gaze, his hat ablaze with the incendiary words: “We got a right to the tree of life.”

It all comes together on Mind Power, the epilogue. It’s a rallying cry for the ages. Brown implores us to look inside. His words are persuasive and the groove irresistible. There’s no other way. Submission is the key.

Wild Mountain Thyme will now be released in Ireland on April 30th. Brace yourself

Wild Mountain Thyme will now be released in Ireland on April 30th. Brace yourself