Culture Shock: When artists are faced with the end, how do they respond?

It’s tempting to read ‘Blackstar’ as David Bowie’s swansong. But he was already writing his next album 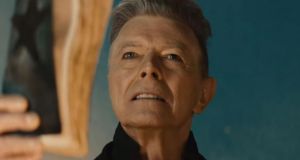 Blackstar: rather than finish with the resounding echo of a final statement, David Bowie was cut off midsentence

In the space of two days David Bowie’s album Blackstar accrued extraordinary weight, emerging first as the musician’s latest record and then, suddenly, being confirmed as his last.

Together with a new appreciation of Bowie’s 18-month battle with cancer, this dark, complex and cryptic record was thought to reveal its true meaning, a riddle of titles, lyrics and imagery all pointing to one thing. Lazarus. “Look up, I’m in heaven.” I Can’t Give Everything Away. A video of a frail Bowie in bandages with buttons for eyes, retreating finally into a wardrobe.

With the surprise of Bowie’s death, and the long difficulty separating his life from his art, opinion seemed to crystallise that he had stage-managed his exit, leaving “parting gifts” and “farewells”. It wasn’t unusual to see words of tribute, such as those of his longtime producer Tony Visconti: “His death was no different from his life – a work of art.” If it was hard to believe Bowie was gone, it was somehow easier to believe he had mastered death.

So it came as a relief to read, again from Visconti, that in fact Bowie had been planning his next album, and had written five songs for it. The news was bittersweet, but it made the man more reassuringly human. Rather than finish with the resounding echo of a final statement, he had been cut off midsentence.

Why do we expect great artists to have insights into that most unanswerable question? The art of death makes for grim study, but artists who are aware of their approaching mortality have responded to it in often surprising ways.

Everyone knows that Mozart died while working on his Requiem, not at the behest of his rival Salieri but as a commission nonetheless. Mozart was not, by his own account, morbid, but he spoke of a constant reflection that, “young as I am, I may not live to see another day.”

The day before he died, at the age of 35, Mozart told his sister-in-law: “You must stay and watch me die. I already have the taste of death on my tongue.”

Bach, following a rapid decline that left him almost blind, decided to leave behind a neat little joke. In the last Contrapunctus of The Art of Fugue (which he did not finish), Bach inserted a musical motif of the notes B-A-C-H (according to German musical notation), leaving his signature in the immortal music as indelibly as a legend carved into a tree: Bach was here. What more is there to say?

Beckett’s last work, the poem Comment Dire (What Is the Word), seems characteristic of a man trying to disappear. Composed in hospital and finished in a spartan nursing home, its words come with faltering progression: gathering, persisting, then, finally, falling away, as he attempts to describe . . . what, exactly? “Folly for to need to seem to glimpse afaint afar away over there what”. It ends not in a question but in a statement: “What is the word.” Beckett had already said it all.

Besides, there are perils in trying to have the last word. A few months ago Clive James wrote about being “stuck with the embarrassment of still being alive”, a sardonic acknowledgment of the extended deadline provided by chemotherapy.

James had taken cancer as a challenge, something to focus the mind in completing his adaptation of The Divine Comedy, then writing, as a moving valedictory, the poem Maple Leaves. He concluded the latter by describing “my vision of a world that shone / So brightly at the last, and then was gone”.

Yet the stubborn business of living seems just as stirring: James continues to write a Guardian column, archly titled Reports of My Death.

Sacks’s own comprehension of death spurred a vibrant appreciation for living: “This does not mean I am finished with life,” he wrote. “On the contrary . . . ”

He recorded his reflections with gratitude, insight and very little fatalism.

That’s why, amid all the epitaphs for David Bowie, a grand summing up of an impossible subject, it was cheering to read a fresh review of Blackstar by Tony Clayton-Lea in these pages. Written when Bowie was still with us, it treated both the man and the art not as a signing off but as an ongoing project.

Even with the sharpening lens of Bowie’s passing – or maybe because of it – the final words of that review still hold: “What comes after this is anyone’s guess.”