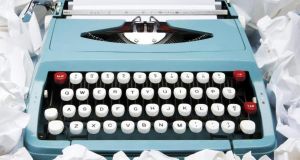 Drumcree. From two Irish words Droim and Cri, meaning `ridge of/on the border of’. It is in Co Armagh, just outside Portadown, You may remember it from TV pictures of suited, angry, and sashed Orangemen in the late 90s/early 2000s being denied passage along their traditional route through the Garvaghy Road. There were barriers and riots into the night with RUC and British army personnel being pelted with missiles, including petrol bombs, in the midst of a bucolic scene of luscious countryside with its grey stone Church of the Ascension on a hill behind, impassive.

It was protest made for television. And so, much to the embarrassment of the Church of Ireland, one of its services and one of its churches became associated worldwide with violence and mayhem. Towards the end of the 1990s it also became a focus for those most virulently opposed to the 1998 Belfast Agreement.

The Orangemen’s protest at Drumcree still goes on. That quarrel hasn’t gone away you know. It remains as Churchill famously said in 1922: “Then came the Great War….The modes of thought of men, the whole outlook on affairs, the grouping of parties, all have encountered violent and tremendous changes in the deluge of the world.

“But as the deluge subsides and the waters fall short, we see the dreary steeples of Fermanagh and Tyrone emerging once again. The integrity of their quarrel is one of the few institutions that has been unaltered in the cataclysm which has swept the world.”

Drumcree. The very word sends shivers down my spine. Eight summers I spent reporting from there, eight summers with the length of eight long winters (to paraphrase Wordsworth). I exaggerate, slightly. The longest stint I spent there was about five weeks. That annual walk with Orangemen on the first Sunday in July became part of my year, my very own Groundhog Day.

So familiar did I become with the Portadown Orangemen that the first Sunday in July became something of an annual reunion, even if I wasn’t always popular with them. So annoyed was one such Orangeman at a report of mine he almost spat at me that it didn’t matter anyhow as only three copies of The Irish Times were sold in Portadown and, biggest putdown of all in those days, “…two of those go to the RUC.”

I never did find out who bought the remaining copy.

Keith Jarrett: ‘I was paralysed. I don’t feel right now like I’m a pianist’
2