Time for a new Proclamation?

As the Centenary of the 1916 Rising draws near, we invite six people - a journalist, an artist, activists and economists - to write a new Proclamation for today's Ireland 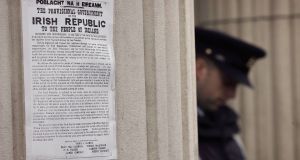 The Proclamation of 1916 is among Ireland’s best known historical documents. Almost 100 years after its publication, it continues to exercise a profound effect on the Irish imagination. In some ways it has not dated but, 99 years on, does it work for 21st-century Ireland?

We’ve borrowed the idea from the official State Centenary Programme for 2016, launched this week. Its “Proclamation for a New Generation” project begins in schools in the next academic year, and will invite primary and secondary students to write a new proclamation that reflects the “values and aspirations of the generation of 2016”. 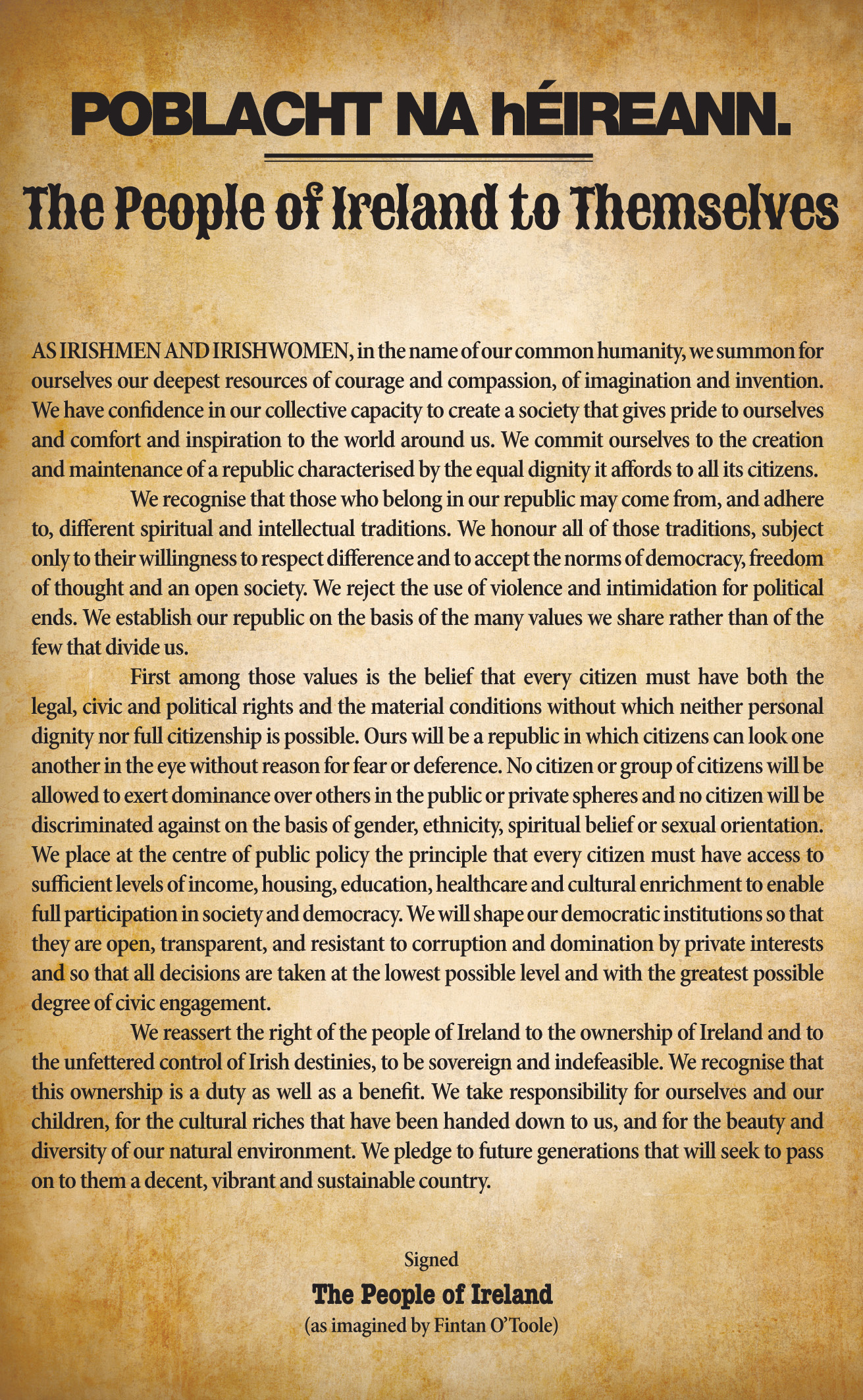 John A Murphy: What purpose would a new Proclamation serve in the 21st century?

Look Closley: an interactive guide to the 1916 proclamation

Ten philosophers to help us through the coronavirus crisis
10