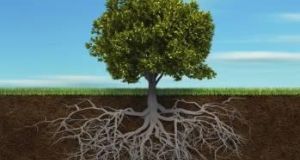 There is no such thing as a Viking surname. True hereditary surnames were only introduced in Scandinavia in the late 18th century, more than 700 years after the heyday of Viking expansion. Hereditary surnames still don’t exist in that most Viking of countries, Iceland, where personal names continue to last only a single generation.

So why does Sean de Bhulbh’s magisterial Sloinnte na hÉireann: Irish Surnames list no fewer than 97 Irish names that have Norse or Viking roots? All the stranger when you consider surnames only began to be widely adopted in Ireland from the 11th century, well after Viking power in Ireland was broken. But there is no doubt about the origins of these names: McAuliff, son of Olaf; Groarke, Mag Ruairc, son of Hrothkekr; McBirney, son of Bjorn; Reynolds, Mac Raghnall, from the Norse first name Ragnall. Some might have originated with Gaels imitating their neighbours, but the simplest explanation is that Viking settlers adopted Gaelic naming practices, dropping their own single-generation names.

Other Norse-origin names provide evidence of the importance of those naming practices. Doyle is Ó Dubhghaill, from dubh, “dark”, and gall, “foreigner”, a descriptive formula first used to describe the invading Vikings, and in particular to distinguish darker-haired Danes from fair-haired Norwegians. O’Loughlin and Higgins both stem directly from words meaning literally “Viking”, Lochlann in Irish and Uigínn, an Irish version of the Norse Vikinger. These names are permanent badges of otherness – think “Johnny Foreigner” – but families were perfectly prepared to adopt and endure them, a measure of just how intense was the need to have a hereditary and patronymic surname in medieval Ireland.

We adopted them early and we adopted them with gusto. Extended family networks were the very essence of Gaelic society: what better way of flagging your network than embodying it in your name?