The acclaimed 2D puzzle game makes its Xbox One debut 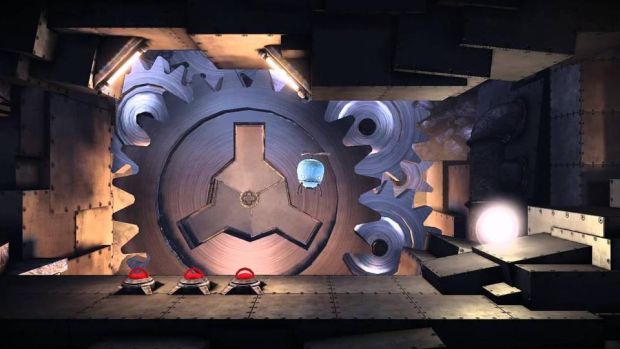 Everybody loves an underdog. And the best videogames are often ones in which the hero is a helpless cog in the story’s machine, completing their journey within the tightest parameters.

The hero of Unmechanical is a robot or, more specifically, a cute, disembodied head with tiny limbs that travels by a little propeller. He’s lost in a cave, and must use his wits to solve puzzles and move to the next area. His only power, apart from his mind, is a weak tractor beam that he can use to pick up small objects, pull switches and carry out similar low-level motor functions.

For you, the gamer, there’s one more function: You can activate the robot’s thought cloud for a hint on how to solve the puzzle. These clues are cute little drawings – sometimes they’re clear hints, sometimes cryptic, and on occasion it’s just a maddening question mark, suggesting that the robot head is just as lost as you are.

Puzzles involve playing around with physics, manipulating (and sometimes vandalising) machines, and matching diverse objects with one another. The cave is both organic and mechanical, with mysterious steampunk machines cogs and pipes, natural substances, and sometimes a mixture of both. Reflect that laser with a mirror, place a rock on a button to keep a door open, displace water to tamper with electricity, and so on. Every object serves a purpose, from the biggest machine to the lowliest stone.

The graphics are functional but appealing, with a limited colour palette (grey, mostly) and a nice central character design.

Umechanical is sometimes maddeningly difficult even with the help of a walkthrough (a map would be nice), but it’s an intelligent, understated and charming creation, especially recommended for fans of 2D puzzlers.