A polished and playable strategy game, but its handling of micro-transactions is off-putting 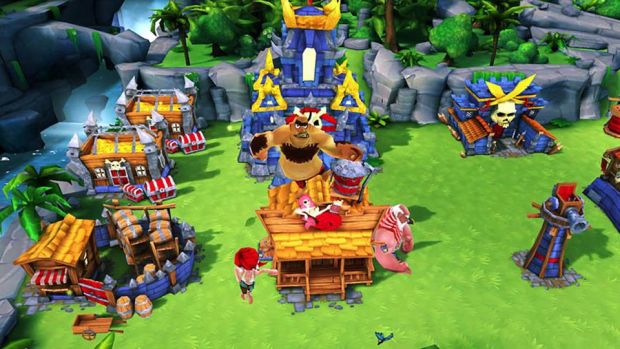 The pirate-themed strategy game Raids of Glory is a slick, user-friendly experience, but its handling of micro-transactions will have you plundering your wallet more than you might like.

In a setting similar to Clash of Clans, you play a gang of pirates who must defend their territory while attacking and stealing from others. If you win a skirmish, you can spend your doubloons on defence, economy (such as training grounds) and beefing up your military. Level-up, build your resources and chase bigger and bolder enemies.

It plays well, with clear menus and a nice balance of rich, strategic planning, and fast-paced, real-time strategy combat. It looks good too, with clear, bright, colourful, cartoonish graphics. The controls for viewing are perfect, as you can zoom in and spin around the animated maps, from distant overviews to closer glimpses of buildings and characters. There’s constant movement – the tavern sways, the rum distillery pumps, and so on.

You can play against artificial enemies, join a gang to combine the resources of like-minded players, or fend off attacks from others.

Getting the balance right in freemium games is tricky, and Raids of Glory often gets it wrong. After a successful mission, you can accumulate the virtual money needed for an upgrade or level-up, and still be made to wait for hours or pay real-life money. It also stretches the definition of “micro” transactions, with early purchases going from next to nothing to a whopping € 49.99.

Another option is to play it for free, checking in on the game regularly, and waiting out the hours needed to upgrade your virtual pirates. If you’re willing to invest the time and money, Raids of Glory does emerge as a substantial and engaging strategy game, but that’s a big if.