Some baffling and unfair features hamper this otherwise fun shooter 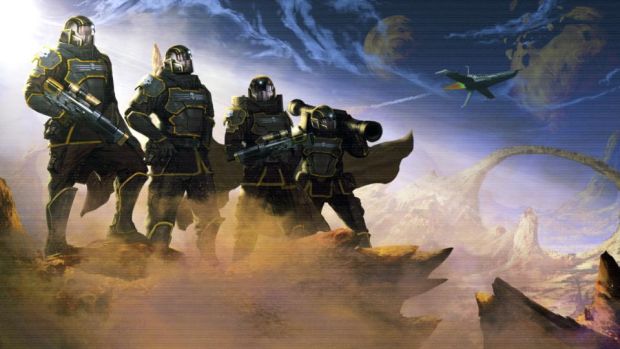 Strap in, Private! Brace yourself for a futuristic war game where your threats are alien bugs, friendly fire, and some poor game design decisions.

To be fair, Helldivers is not without its charms, with a nice, retro set-up, cool design and a hint of satire, as you’re told to “spread managed democracy throughout the galaxy!” It’s a top-down shooter like Contra, or, for a more recent comparison, Halo: Spartan Assault.

You’re equipped with standard military game weapons (main gun, side-weapon, grenades) and you have a few extra gadgets that you can summon from above, such as a gun turret. Throughout the campaign, you carry out missions that would be familiar to anyone who’s seen an old war movie or played a shooter in recent years – planting bombs, activating beacons, capturing bases, and so on.

As a soldier for “Super Earth”, you must attack (“liberate”) regions, and then work your way up to the region’s home worlds.

The raison d’être for Helldivers seems to be multiplayer gaming, with an online multiplayer option and the ability to cross-play across multiple devices. But Playstation Plus is required for online multiplayer, which is a little unfair and miserly, especially since there are other Playstation games that don’t require you to pay for similar services.

There are also some curious controls, such as holding down a button to switch weapons instead of a quick tap – this is especially maddening when you’ve run out of bullets and you need to switch guns speedily.

When you get into the flow, Helldivers is a fun game, in spite of its niggling flaws. It’s fast-paced, the levelling up and choice of planets to invade give it a little depth, and cross-platform play is a neat concept. But with a few control changes and design tweaks, it could’ve been something special.