This downloadable content for Far Cry 4 is exciting and challenging 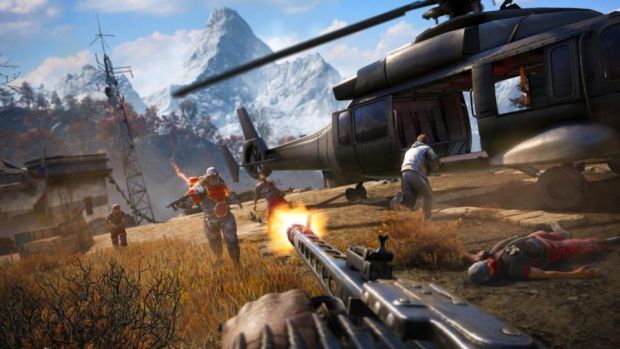 Kyrat, according to an old saying, is “a destination to die for”. And Escape from Durgesh Prison reminds us of both the beauty and horror of this scenic, unstable (fictitious) country. This downloadable content for Far Cry 4 fills in some blanks of the original game’s story, taking place immediately after the hero’s prison escape.

It looks and feels like Far Cry 4. They haven’t changed the first-person, open world gameplay. Unlike Far Cry 4’s main campaign, however, this is a timed mission. You have 30 minutes to reach the extraction point, but you can postpone the helicopter’s departure by undertaking mini-missions (taking over bases for instance) or performing acts of “karma” (such as tearing down propaganda posters and helping rebels fight).

This is very challenging – much more so than the game’s campaign. Along with the time limit, you don’t have the weapons or skills you might have accumulated during the main game and there are no stores to replenish your gear. Some might find it too harsh, but for this gamer, Escape from Durgesh Prison was brutal fun – challenging, exciting and fast-paced. The new limitations tweak how you play the game, making it fresh, while still recognisable as a Far Cry experience.

It was also nice to hear the voice of flamboyant despot Pagan Min again – a fine videogame villain. A regular presence on your walkie talkie, his threats and ultimatums are always coated in dark humour and a chocolatey purr.

A “Syringe Mission” is included in the Season Pass, by the way, and it’s a short, but thrilling mountaintop, snow-caked stealth assignment.