As acclaimed Irish movie Michael Inside is released, we look at prison movies from Birdman of Alcatraz to The Shawshank Redemption 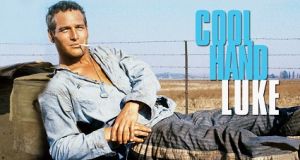 This week, punters get to see the already hugely acclaimed Irish movie Michael Inside. Frank Berry’s drama studies a young man as, incarcerated for a relatively minor infraction, he fails to resist the slippery slope towards more serious offenses. The picture breaks all kinds of new ground, but it remains rooted in a school of cinema that doesn’t quite constitute a genre. Prison is an environment within which all kinds of things can happen. There are prison comedies, prison thrillers and prison melodramas. Yet certain types do emerge: the exercise-yard bully; the soft-hearted guard; the fragile first-timer. The hero is almost always a rebel who won’t lie down and let the rules ride over him. Over the decades, conventions have hardened to create something a little like a familiar universe. Here are 10 great films working within that universe. No, we’re not including prison-camp films. So, you won’t find The Grand Illusion or The Great Escape here. Anyone who believes that the other Steve McQueen film (involving the other Steve McQueen that is) listed below should be excluded for similar reasons can take the matter up with the editor.

One of the more eccentrically titled classics, John Frankenheimer’s study of Robert Stroud, the murderer who made his cell an aviary, has less to do with Alcatraz than you may remember. Burt Lancaster combines menace with tenderness in the creation of an oddball genius who never yielded to authority.

THE LONELINESS OF THE LONG DISTANCE RUNNER (1962)

Largely set in a detention centre for young offenders, Tony Richardson’s film sounded (apologies) the starting gun on a wave of anti-authoritarian British cinema. Tom Courtenay is the gifted runner who, competing with a posh school, refuses to perform as demanded. Connections with Michael Mann’s underrated 1979 TV movie The Jericho Mile.

Where are the prison movies about the guy who does exactly as he’s told? Not here. This time it’s Paul Newman who kicks back against the system and elevates small victories into symbolic triumph. Set on a Florida chain gang, the picture propelled George Kennedy to an Oscar and changed our attitude to eggs forever.

It’s hard to underestimate the popularity of Henri Charrière’s (apparently unreliable) memoir of incarceration on Devil’s Island. If you weren’t reading that in 1973 you were reading The Day of the Jackal. The film is a slightly messy affair that profits from a fine partnership between Steve McQueen and Dustin Hoffman.

It’s the other Steve McQueen. The British artist managed the move to feature cinema adroitly with his study of Bobby Sands’s hunger strike. An expressionistic portrait of prison life is built around a central conversation that analyses the politics of martyrdom in impressively balanced fashion. Breakout performance by Michael Fassbender.

You could exclude Frank Darabont’s film on the grounds that we’re all sick of explaining why it’s not really the greatest film of all time. But that would be petty. Tim Robbins and Morgan Freeman become pals in a film that revels on old-fashioned narrative values. Darabont adapted another King prison yarn a few years later with the decent, but overlong, The Green Mile.

Already a veteran of French cinema, Jacques Audiard punched his way to the top rank with a gripping, sprawling drama that made all the conventions new again. Tahar Rahim is the French-Algerian youth who learns many of the wrong lessons – and some of the right ones -- after being banged up for assaulting police officers. We were promised a sequel. Time’s a wasting.

“I’m the daddy now!” A genuine cause célèbre in its day, Alan Clarke’s theatrical version of his own BBC TV play sends a group of young men to a brutal borstal. An impossibly fresh-faced Ray Winstone rises gradually to the top of a blood-stained tree. The infamous Mary Whitehouse took a private prosecution against Chanel 4 when they screened Scum. It then became caught up in the “video nasty” scare. Seems absurd now.

Interestingly, this little seen – but well received on release – film noir follows very much the expected pattern in its examination of a young woman incarcerated in a tough prison. Once again, rather than enjoying rehabilitation, she becomes hardened and cynical. Eleanor Parker stars. Strong support from Agnes Moorehead and (future Grandma Walton) Ellen Corby. Nominated for three Oscars. A cracker.