P’tit Quinquin review: where the weird things are

Cattle mutilations in a provincial town, but this fabulously oddball French mini-series is like no other mystery imaginable 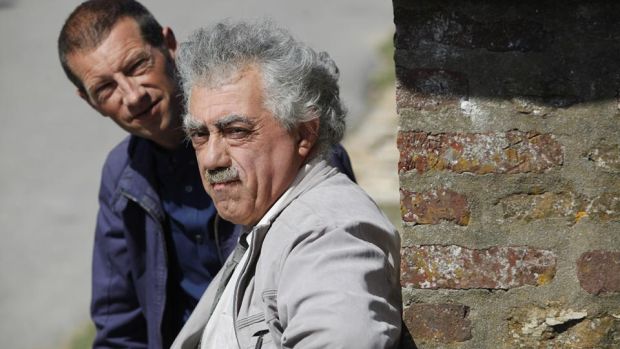 A bumbling police officer (Bernard Pruvost channelling Inspector Clouseau) and his sidekick (Philippe Jore) discover a dead cow in a bunker in a sleepy seaside town. When the do, the impish L’il Quinquin (the brilliant Alane Delhaye) is right there to lob firecrackers and tear around after them on his bike. The cow, we soon learn, is stuffed with human remains. Soon another mutilated cow, also stuffed with body parts, turns up.

Even without the bizarrely mutilated animals, this is not your average town. This is France: we see the same immigration difficulties that play out in Paris and elsewhere, particularly during the closing section. But it’s not France as we know it. The people speak Ch’timi, the Picard dialect that Dany Boon’s Welcome to the Sticks poked fun at.

Their eccentricities loom large. A beerhall organist plays at funerals accompanied by a painfully strained warbler. The charismatic young hero has a trumpet-playing girlfriend. Every local sports a fascinating arrangement of facial furniture. These are faces that were made for cinema.

The oddness and strange innocence of the place ensures that increasingly gruesome discoveries are played to terrific tragicomic effect. Who knew that Bruno Dumont, our favourite poet of miserable humanism, could be uproariously funny? This four-episode TV show, playing here as an epic 197-minute film, is beautifully shot by Guillaume Deffontaines.