It’s Only the End of the World review: an unfocused sort of homecoming from Xavier Dolan

Dolan’s entry into the Weekend in Family Hell genre is certainly adventurous, but woefully miscast, and ultimately fails in its ambitions 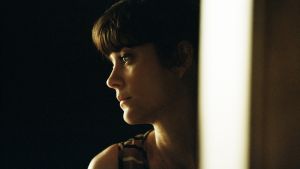 Repressed outsider: Marion Cotillard in It’s Only the End of the World

Film Title: It's Only the End of the World

Last May, as the press at Cannes began digesting a very odd set of prizes, Guy Lodge, one of Variety’s senior critics, commented: “Giving Xavier Dolan the Grand Prix is the worst Cannes jury decision in a very, very long time.”

He was not alone in that view. Still just 27, the Québécois director had, to that point, enjoyed the sort of career that invites the word “charmed”. Such films as Tom at the Farm, Laurence Anyways and I Killed My Mother revealed a startling talent for orchestrating high emotion to startling images. Mommy was a deserved winner of the Jury Prize at Cannes in 2014. Then we got this indigestible melange of close-up hysteria.

Fans of the director will know to expect delicious visuals, extravagant use of music and stirring histrionics. The utter lack of focus is an unwelcome addition to the arsenal.

It’s Only the End of the World was, apparently, adapted from a play by Jean-Luc Lagarce. How is this possible? Far from being “well-made”, the script plays as if constructed from random arguments overheard in a railway station.

Gaspard Ulliel stars as Louis, a gay writer travelling home with news of his impending death. Everyone gets on very well. Nobody reveals any further secrets. The generations mesh with admirable ease. Only joking. The Weekend in Family Hell genre allows no such harmony.

Sure enough, despite their implausible pulchritude, each family member is desperately upset about something. The gorgeous Antoine (Vincent Cassel) growls and scowls like a man who has just discovered that his underpants have been lined with broken glass. The beautiful Suzanne (Léa Seydoux) is more of a moper than a shouter. The utterly fabulous Martine (Nathalie Baye) seems almost like a parody of the overpowering mothers who tower over so many Dolan films.

Then there is Antoine’s wife Catherine. It takes a while to figure what Marion Cotillard is up to in the role. We’ve never heard her mutter like this before. Is a simmering anger about to explode and kick the film into life? It takes about 30 minutes for the appalling truth to sink in. The unconvincing stammers and cast-down eyes are asking us to accept that the character is on the “mousy” spectrum.

Cotillard is playing the sort of role that Amanda Plummer might have essayed a few years back. She is the repressed outsider who, hiding quietly in the corner, knows more than those deeper within the battles. Cotillard (who once played Edith Piaf, remember) could hardly look less comfortable in the role if she had been asked to play it in snowshoes.

The film is mildly beautiful and it has moments of formal adventurousness. Gabriel Yared’s score is sufficiently bewitching for us to forgive the poundingly obvious inclusion of a tune by Moby. (Let’s be fair. One of the best moments in Mommy was scored to Wonderwall, of all things.) André Turpin’s camera knows how to show attractive actors to their best advantage.

But Dolan’s most conspicuous experiment – though thematically logical – ultimately deadens the aesthetic. Attempting to convey the claustrophobia of the event, the director includes an inordinate number of tight headshots.

One lengthy argument is composed almost entirely of images featuring just one actor’s upper area. The sequence begins as an oddity, moves on to feel quirky and then ends up being plain irritating. It’s like listening to a classical guitarist play just three strings on his instrument.

The good news is that, rather than offering evidence of premature creative exhaustion, Dolan’s latest merely confirms a continuing compulsion to take risks. Not every risk pays off. Expectations for his next film are only slightly dulled.