Half the movies at Toronto Film Festival are made by women 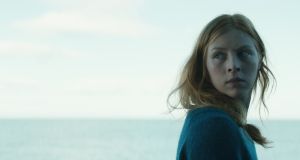 Next week, the Dublin Feminist Film Festival makes a welcome return to the Light House Cinema. It hardly needs to be said that the event swells with movies by female directors, but, despite increased fulmination in recent years, the wider demographics continue to change at a sluggish pace.

The latest diversity report from the University of California, Los Angeles, showed progress, but confirmed that women are still dramatically unrepresented in most areas of production.

The report found that women made gains in seven of 12 key positions, but, despite all efforts, managed to fall back in three categories. In one crucial area, the lag is still appalling. The UCLA report found that only 12.6 per cent of film directors were women.

Speaking to press last month, Neasa Hardiman, one of Ireland’s most experienced TV directors, bemoaned the continuing stasis. “The statistics are pretty damning in the role I do, which is making film and TV drama with budgets of more than $3million-an-hour,” Hardiman, who has directed episodes of such shows as Jessica Jones and Happy Valley, said.

“At that level, the number of women in director roles is around four per cent and that is a pretty low number. It’s not really a topic I go around thinking about, but I know that when I walk on set, I am often the first female director that a lot of the cast and crew have worked with.”

There have long been local and international moves to increase female representation. Formed in 2007, Women and Hollywood, fronted by the indefatigable Melissa Silverstein, has been campaigning to establish gender balance.

“I think there’s something specifically unique about directing,” Melissa has noted. “I don’t necessarily think that somebody had a meeting and said: ‘Let’s not let women direct.’ But I think what has happened over time is that women’s stories aren’t valued the same way as men’s stories. So there’s this decades long conversation where we’re basically invisible.”

The pressure became more intense following the Weinstein scandal and the subsequent Me Too movement. It didn’t take a genius to figure out that sexual harassment thrives in environments where men have disproportionate power (most environments, in other words). Which was not to suggest that equality wasn’t worth promoting for its own sake.

Screen Ireland and other domestic bodies have been making concerted efforts to shift the discussion forwards. As far back as 2015, Screen Ireland (then the Irish Film Board) announced a six-point plan on gender diversity that has continued to drive strategic thinking. At the recent Cannes Film Festival, the body announced a new co-development fund for female filmmakers with Film Fund Luxembourg.

In May, Women in Film and Television Ireland announced that eight domestic film festivals had accepted an invitation to sign up to the 5050×2020 Gender Parity and Inclusion Pledge launched at Cannes in 2018.

Yet, whereas some bodies take such pledges seriously, others continue to drag feet. The programmes for the upcoming Venice and Toronto festivals – which jointly herald an unofficial early start to awards hostilities – offer some interesting and telling comparisons. To much gnashing of teeth, Venice included just two women in the list of directors competing for the Golden Lion (they did nothing to quell passions by welcoming convicted rapist Roman Polanski to the competition).

Meanwhile, without much hoopla or any patting of its own back, Toronto announced that 50 per cent of Gala screenings will premiere films by women. Pictures such as Marjane Satrapi’s Radioactive and Kasi Lemmons’s Harriet are to join fellow Oscar hopefuls such as John Crowley’s The Goldfinch and Todd Phillips’s Joker by Lake Ontario.

Neasa Hardiman’s Sea Fever will be among the 54 per cent of films directed by women playing in the Discovery strand at that event.

The Canadian festival has demonstrated how, with some focus, festivals can make the necessary shift towards gender balance. The harder job is opening doors for women at the point of production. As Melissa Silverstein explains, the implicit undervaluing of women’s stories remains an impediment.

There is worse news. In a world increasingly fired up by fetid online debate, less subtle, more aggressive resistance is also festering in the undergrowth. Despite evidence to the contrary, a few male professionals believe programmes to further diversity are making life difficult for the poor men. Up is down and the minority are now the majority.

It’s hard to know what can be done about that bar shrugging one’s shoulders and marching onwards towards the uplands of good sense.

Meanwhile, Dubliners have the Feminist Film Festival to enjoy.