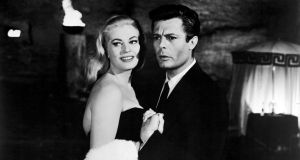 In 2017 the British Academy of Film and Television Arts (Bafta) quite rightly recognised Curzon with an award for outstanding British contribution to cinema. It’s hard to visualise the British movie-going experience without it.

Its chain of cinemas – which specialise in art house, foreign language and independent films – has existed since 1934 and, in recent years, has successfully expanded in a market we are told is shrinking. As a theatrical experience, its armchair-like seats, craft beer and halloumi and avocado salads in lieu of flipseats and popcorn have come to define what an independent cinema is.

But there’s more than one Curzon. In addition to the chain, Curzon is also a home cinema platform and a film distributor: Curzon Artificial Eye. Last month, wearing the latter hat, the imprint’s Oscar-winning Parasite became the highest-earning foreign language film at the box office in the UK and Ireland, overtaking the 2004 Mel Gibson-directed film The Passion of the Christ.

Its home cinema model, meanwhile, allows for movie rentals on the same day of theatrical release. In an industry dominated by arguments concerning the theatrical window and digital release dates, it somehow works. Céline Sciamma’s stunning Portrait of a Lady on Fire, though available on Curzon Home Cinema, opened on leap year weekend with an astonishing £4,503 screen average across Britain and Ireland. In 2015, Andrew Haigh’s 45 Years – another day-and-date theatrical and digital release – became the first such UK title to make more than £1 million at the box office.

Its brilliantly curated online collection – which includes Palme d’Or winners and new critical wows The Truth, Knives Out and System Crasher – requires no membership or fees; as with iTunes, it functions as a straightforward rental service. Nosing around the virtual shelves, there are lush melodramas (The Handmaiden), hit documentaries (Finding Vivian Maier), major directors (Robert Bresson, Vittorio De Sica) and daring new prospects (Hard Paint). Curzon cinema members may, additionally, avail of Curzon 12, a rolling catalogue of selections. The current 12 include Frantz, All About My Mother, Elles and The Last Metro.

Bacurau (Kleber Mendonça Filho and Juliano Dornelles, 2019) Director reunites with the divine Ms Braga for a rip-roaring new riff on The Most Dangerous Game.

Bait (Mark Jenkin, 2019) Tensions between a native fisherman and weekending city folk come to a boil in a Cornish fishing village.

Burning (Lee Chang-dong, 2018) Two unworthy suitors compete over a young woman in this compelling Korean adaptation of The Elephant Vanishes by Haruki Murakami.

Capernaum (Nadine Labaki, 2018) A neglected young Lebanese boy ends up caring for a stranger’s baby on the streets of Beirut.

The Guilty (Gustav Möller, 2018) Nail-biting Danish crime thriller in which a Copenhagen cop pieces together a kidnapping case while answering phones in the emergency call centre.

Hunt for the Wilderpeople (Taika Waititi, 2016)

Droll adventure comedy in which a juvenile delinquent and his reluctant foster dad (Sam Neill) run off into the New Zealand bush.

La Dolce Vita (Federico Fellini, 1960) A journalist specialising in movie stars and other tabloid fodder wanders around a heady Rome searching for something meaningful.

Leviathan (Andrey Zvyagintsev, 2014) Seething political allegory in which a car mechanic stands up to a corrupt local mayor while his family and home life disintegrates.

Long Day’s Journey into Night (Bi Gan, 2018) After many years, a man returns to his remote hometown, where he ponders the death of a childhood friend and is haunted by a lost love.

Moonlight (Barry Jenkins, 2014) Moving Oscar-winning drama in which a young man’s race, circumstances and sexuality is explored across three stages of life by three different actors.

Monos (Alejandro Landes, 2019) A group of rowdy teenage guerrillas are stationed high on a Columbian mountainside in the film named best of 2019 by The Irish Times.

My Life as a Courgette (Claude Barras, 2016) A young boy forms lasting friendships at an orphanage in this lovely Céline Sciamma-scripted stop-motion animation.

Oldboy (Park Chan-wook, 2003) Drunk family man Oh Dae-su is imprisoned in a cell for 15 years without knowing the identity of his captor or his captor’s motives.

Portrait of a Lady on Fire (Céline Sciamma, 2019) Swooning 18th-century romance in which a female painter is hired to make a marriage portrait of a young noblewoman.

Ray & Liz (Richard Billingham, 2018) The director recreates his troubled upbringing in a Black Country council flat during the Thatcher era.

The Square (Ruben Östlund, 2017) A museum curator (Claes Bang), already juggling a large conceptual project and an affair with a journalist, gets into various scrapes after his wallet and phone are stolen.

Under the Tree (Hafsteinn Gunnar Sigurðsson, 2017) Konrad and Eybjorg complain to their neighbours Inga and Baldvin that their tree casts a shadow over their backyard, leading to blackly comic escalations.

The White Ribbon (Michael Haneke, 2009) A series of unexplained tragic accidents occur in a puritanical Protestant village as the director probes the nature and roots of evil.