Fancy a rotating visual feast of 30 arthouse movies monthly and all neatly curated? 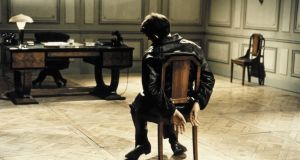 Almost exactly a decade ago, Netflix launched a service that offered one simple answer to one simple question. How do you get people to pay for video online? You offer a huge amount of content for a relatively small amount of money.

Much of our spare time is now given up to negotiating the tyranny of choice. When you have a squillion options, you need a squillion-plex hours to make a satisfactory selection (and, even then, you’re left worrying about the option you left behind). There is another way. Formed back in 2007 as (pardon moi!) The Auteurs, Mubi has evolved into the ideal platform for arthouse fans who crave a spot of curation. The service provides an online rental service, access to cinema tickets and the excellent movie journal Notebook, but its real innovation – and the main attraction – is to offer a rotating catalogue of 30 films to all subscribers. Presented in an elegant interface, the selection changes daily: one title drops off the right hand side as another joins the left. Efe Cakarel, a Turkish entrepreneur, dreamt it up while sitting in a Japanese coffee shop. “I wanted to watch a particular movie, In the Mood for Love by Wong Kar-wai,” he remembered. “But I could not find a service that allowed me to watch it – and here I was in the third-largest film market in the world.”

Charging €9.99 a month, the service is in the same price bracket as Netflix and some may wonder if that’s good value for (at any one point) just 30 films and the option to rent more. How quickly we have become used to near-unlimited video bounty for a handful of change. The consistent quality of the selection and its high turnover – a month after you sign up you’ll have an entirely fresh catalogue – put you in the position of a punter at the best repertory cinema in the universe. At time of writing, Mubi is finishing off screenings of Park Chan Wook’s Vengeance trilogy: Sympathy for Mr Vengeance, Oldboy and Lady Vengeance. A “crimes of Jean-Pierre Melville” season takes in such films by that French master as Le Cercle Rouge, Le Doulos and, best of all, his French Resistance classic Army of Shadows. Floating in more randomly are David Cronenberg’s Existenz, John Hillcoat’s The Proposition and – one of Mubi’s occasional “perfect failures” strand – Charlie Chaplin’s dubious A Countess in Hong Kong.

Part of the fun is seeing what will pop up at the fresh end of the feed when, say, Melville’s Bob Le Flambeur or Claire Denis’s High Life drops off the other, but, at the risk of issuing spoilers, we can reveal that, in the upcoming month, Mubi will be providing a Jean Cocteau double-bill, more “inner demons of Ingmar Bergman”, a few Jean Renoir classics and – always a pleasure – a season on the great American exile Joseph Losey. That last director’s The Servant will be up for perusal and you can, thus, hear Dirk Bogarde spit out one of Harold Pinter’s best lines: “I’m a gentleman’s gentleman and you’re no bloody gentleman!”

Mubi also hosts simultaneous or near-simultaneous premieres of certain theatrical releases (remember them?). Kleber Mendonça Filho and Juliano Dornelles’s excellent Bacurau arrived there a week after it hit cinemas – and a few days after most cinemas shut their doors. The Whalebone Box, the latest from Andrew Kötting, who made the excellent Gallivant and Swandown, will be exclusively on the service from April 3rd.

Happily, you need stake neither an arm nor a leg to discover if the system works as well as suggested above. Mubi is currently offering the first three months for €1. As is often the case with streaming services, the laptop version is simple to set up – just go to mubi.com and watch on your browser – but it can be a little trickier to get the images on your TV. Smart televisions from Sony, Samsung and LG are compatible with the Mubi app. It also works with media players such as Chromecast, Roku and later versions of Apple TV. If you have a Playstation 3 or a Playstation 4 then it couldn’t be easier; the app is waiting to download when you first plug in. Unfortunately, the rental section of Mubi is currently available only through the browser, but the curated collection is, in itself, a marvel of the age.

25 films to rent on Mubi

The first part of an epic translation of One Thousand and One Nights to contemporary Portugal. All life is here.

Adorable loping comedy-drama concerning a young woman getting her life together during a summer in Strasbourg. Singular tone.

One of the outgoing decade’s best films, Beanpole follows the relationship between two old friends in the awful chaos of Leningrad as the second World War comes to a close.

Jessie Buckley breaks through in a searing psychological thriller concerning a young woman at danger in an island community. Properly strange.

Moving documentary on the British entertainer who created Frank Sidebottom.

Astonishingly original Swedish drama concerning a customs official who may be of the area’s troll community. Earthy and unsettling.

Emily Beecham is exceptional as a woman faced to reorder her dissolute life after a crisis.

Lee’s rise to the top of the Hollywood tree surged forward with his durable drama concerning a Taiwanese chef and his daughters. One of the most versatile directors of the age.

You either buy Noe or you don’t. Either way, this relentless phantasmagoria – concerning an American adrift in Tokyo – is the director at his most concentrated.

Exit Through the Giftshop (Banksy, 2010)

Nobody is quite sure how much to believe in this documentary concerning an unseen (obviously) Banksy’s interactions with a French disciple. It remains gripping either way.

Baker followed up Tangerine with an irresistible study of life at a welfare motel near Orlando. Willem Dafoe is brilliant as the kind manager, but the kids steal it.

Intricate documentary weaving the story of James Baldwin, the great African-American writer, in with those of three contemporaneous heroes.

Mubi has all of Dumont’s characteristically bonkers TV drama concerning a mystery in a sleepy seaside down. Summary is impossible and undesirable.

Fascinating US drama following an experimental theatre company as real life rubs awkwardly against art. A new auteur for a new decade.

You know what this is. Jenkins’s subtle triptych, teasing out an African-American life, is already a film for the ages.

Maddin has been working his strange magic – archaic aesthetic and Canadian psychogeography – for decades, but it reached its high point with this study of his home town.

Non-professional actors excel in this naturalistic drama concerning a rodeo star asked to change trades after a terrible accident. A poem for the plains.

Pintilie’s Romanian picture – winner of the Golden Bear at Berlin – is not an easy watch. But it’s avant garde questioning of sexual boundaries is rewarding.

Reichardt’s oblique style reached maturity in this lovely, sad tale of a woman facing up to personal crisis with her dog, Lucy, as company.

Fan your armpits. Araki is back with a highly charged melodrama concerning a mysterious disappearance. Eva Green is only fab-u-lous.

Gripping, well-structured study of Whitney Houston’s rise and tragic fall from the director of Touching the Void.