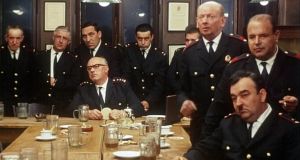 Something unexpected happened to cinema in the 1960s and 1970s. As television began to close its grip, rather than withering and dying, the medium discovered whole new energies. The French New Wave gave us Jean-Luc Godard, François Truffaut, Claude Chabrol and an inescapable wash of influence.

A little later, German masters such as Werner Herzog, Rainer Werner Fassbinder and Wim Wenders began pulling apart the hypocrisies of the German economic miracle. The British went to the kitchen sink. Brazil had its Cinema Novo.

The Czech New Wave was different to all these in that there was, for the film-makers involved, a great deal more at stake. The directors began by fighting against an oppressive Communist dictatorship. They briefly glimpsed a hint of liberalisation during the Prague Spring of 1968.

The subsequent suppression ended the movement and propelled some participants to the west. Ivan Passer directed the cult classic Cutters Way in the US. Miloš Forman, winner of an Oscar for One Flew Over the Cuckoo’s Nest, became a key Hollywood director of the 1970s and 1980s.

Half a century after the movement swelled, the Irish Film Institute, in co-operation with the Embassy of the Czech Republic, is hosting an excellent season in tribute to the New Wave. Titled Intimate Lighting, the selection focuses on those film-makers who graduated from the Film and TV School of The Academy of Performing Arts in Prague (FAMU) towards the middle of the last century. The work is characterised by cunning subversion and a sly black humour. Central Europe was a very different place to the swinging west, but we still see youth in revolt and a yearning for social change.

Two durable classics make a welcome appearance. Jirí Menzel’s Closely Observed Trains (1967), based on a much-loved novel by Bohumil Hrabal, follows a student as he endures life as a signalman during the German occupation. The mix of fatalistic humour and sideways tragedy is characteristic of a movement that was more at home to discipline that its French counterpart.

Forman’s The Fireman’s Ball, released the same year, had just as big an impact. Hanging round a party held to celebrate the retirement of a fire chief, the picture features unmistakable digs at the corruption, inefficiency and inhumanity of the Soviet system. It says something about Forman’s independence of mind that his first American film, Taking Off, was equally savage about the complacency of western bourgeoisie.

The IFI season takes its title from Passer’s remarkable 1965 film Intimate Lighting. Detailing a musician’s journey to a rural town, the picture was the only feature that Passer – who co-wrote most of Forman’s features – directed in Czechoslovakia.

The IFI have also dug up a few rarely seen treasures: Juraj Herz’s The Cremator (1969) is a notable effusion of the Prague Spring. The event will welcome contributions from Jaromír Sofr, cinematographer on many of the films featured.

These works are worth cherishing for the purity of their vision and canniness of their construction. The festival also helps remind us of a creative mood that, altering in flavour as it swept across the globe, continues to affect cultural cinema to this day. Worth investigating in depth.