Balloon couldn’t have landed at a more insulting moment 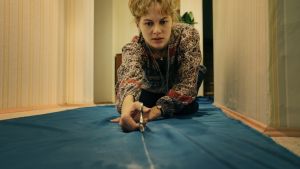 Balloon concerns the Strelzyks and the Wetzels, two families who built a hot air balloon from cloths in a cellar in Thuringia, a region in the German Democratic Republic, before flying across the border into Bavaria in September 1979.

Their journey was optioned by Disney and made into Night Crossing, a 1982 film starring John Hurt and Beau Bridges. Whatever that film’s flaws, it was, at least, current.

This new and misconceived cold war drama – check the date? – fails to find any contemporary relevance or parallels, and, as many German critics have noted, couldn’t have arrived at a more insulting moment, given the ever-growing, post-reunification disparity between the former East and West Germany. Who exactly is this film for? Never mind building a hot air balloon; we’re going to need a time machine.

My German relative has decried the use of standard German in a film that’s set in Thuringia, a state with a distinct dialect and customs – think casting the Healy-Rae family in Derry Girls – but this is a problematic project even without the insider track.

Director Herbig, working from a screenplay co-written with Kit Hopkins and Thilo Röscheisen, moves speedily through the material in a way that makes for impressionistic thrills but smothers any potential for character development.

Certain plot devices – the Stasi’s head of security living beside the Strelzyk family, a romance between the eldest Strelzyk son and the security chief’s daughter – might have been deemed too sitcom for Leave It to Mrs O’Brien.

A soaring and ceaseless Hans Zimmer-like score by Marvin Miller and Ralf Wengenmayr contradicts the notion that this might be a more “authentic” telling of the story than the Disney version.

A convincing central turn by Friedrich Mücke as the Strelzyk patriarch Peter and several clever match-cuts from editor Alexander Dittner are impressive. Still, one can’t help but feel as if Balloon is going for Hollywood, but drifting just wide.