Why Can’t You Afford a Home?

Review: Josh Ryan-Collins has written a readable and valuable book that explains much of our current housing crisis 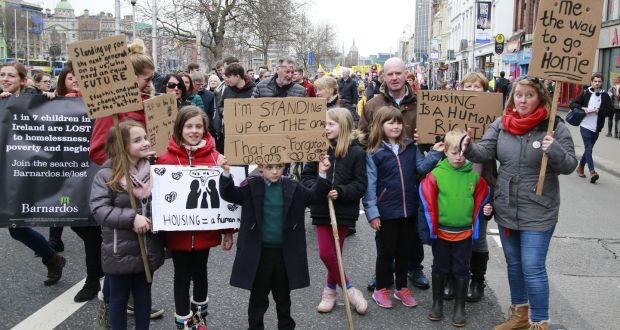 Book Title:
Why can’t you afford a home?

The housing emergency is all around us. Rising levels of homelessness. Rents through the roof. Glacial delivery of social housing. A private sector fixated with overpriced family homes and student accommodation.

Red C’s post-budget opinion poll showed that 73 per cent of people didn’t believe the Government was doing enough to tackle the housing crisis. On October 3rd and again on December 1st thousands of people marched through the streets of Dublin to highlight the growing levels of housing need.

In response the Government tells us that supply is the answer. Until both the public and private sectors build more homes, the crisis will continue.

Unfortunately, it is not as straightforward as that as head of the Institute for Innovation and Public Purpose Josh Ryan-Collins explains in his short but powerful new book, Why Can’t You Afford a Home?

Published as part of Polity’s The Future of Capitalism Series, the book is a reminder that our housing crisis is global in nature. It is also a a timely challenge to the mantra that supply alone is the answer.

We know, or at least we should know, that house prices do not conform to the simple laws of supply and demand. At the height of the Celtic Tiger there were more houses being built than at any other time in the history of the State. Yet house prices, housing need and rent supplement dependence were also rising.

The reason for this phenomena is explained in Ryan-Collins’s book. To understand house prices you need to understand the relationship between land, mortgage finance and global investment.

The economics of land, argues the author, is one of the great blind spots of modern economics. By wrongly treating land as just another factor of production, mainstream economics fails to grasp the full importance of the ever rising cost of this finite asset.

For house prices or indeed rents this is crucial as even when other costs are stagnant or falling, land price inflation fuels ever increasing costs of accommodation.

While mortgage finance was once a minority share of overall bank lending, it has now outstripped lending into the productive economy. Bank liberalisation during the 1980s and 1990s alongside ever more complex financial products aimed at increasing the return from mortgage finance drove the global boom.

However, despite the dramatic drop in the value of property following the crash in 2008 just a few short years later, the same toxic relationship between land speculation and mortgage finance is driving prices to unsustainable levels once again.

While their initial interest was in commercial property they have now turned their attention to the residential market. They are backed by significant sums of international investment capital hungry for secure short-term yields.

As Ryan-Collins rightly points out, this is the worst kind of investment in housing as it is focused on short-term capital gains, not long-term rental yields. The result is ever greater land inflation driving up house prices and rents.

So if supply of overpriced family homes, excessive REIT rents or student accommodation at €1,000 a month is what you want, this is the model to deliver it. And this is why even if private sector supply increases in the coming years, it will be increasingly out of reach to even well-paid working households.

Thankfully Ryan-Collins also offers a range of policy options available to policy makers and governments to ensure the delivery of affordable housing. Included in his menu is greater use of public banking, shifting to long-term investment finance and the thorny political issue of taxing land values.

He also makes a strong case for a greater level of tenure mixture in our housing system as too much mortgage-financed private home ownership leaves the system more vulnerable to economic shocks. This would require a greater portion of public housing to meet the needs of a wider section of the population.

Why Can’t You Afford a Home? is a short, readable and valuable book. For this review writer it makes a convincing set of arguments that explain much of our current housing crisis.

It also reminds us that while many of the policy levers for change are to be found in Government Buildings and Leinster House, there is also much work to be done to better regulate finance at an EU and global level if we are to break the housing-Finance feedback cycle.