Walk, write, read – and make the world your own

On psychogeography and the philosophy of pedestrianism: from Hazlitt to Will Self 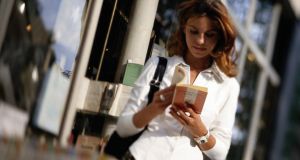 ‘Writing is one way of making the world our own, and . . . walking is another,” writes Geoff Nicholson in The Lost Art of Walking: The History, Philosophy, Science, Literature, Theory and Practice of Pedestrianism. Nicholson spent a lot of his time walking in LA, a city where, famously, everyone drives, and he gleaned an entirely different set of impressions as a result.

The connections between walking and writing go back – the philosophers of ancient Greece were fond of a stroll – but according to Rebecca Solnit, the author of Wanderlust: A History of Walking (2000), the first essay specifically about walking was William Hazlitt’s On Going a Journey, written in 1822, and it established “the parameters for ‘walking in nature’ and for the literature of walking that would follow”.

And what a literature it is. Among those who were especially keen on a tramp are Wordsworth, Henry James, Henry David Thoreau, Goethe, Thomas Mann, Thomas Wolfe, Virginia Woolf, Whitman and Hemingway.

Some walkers, such as Laurie Lee and Patrick Leigh Fermor, trudged very long distances – in Leigh’s case through many countries – and made books of their travels.

More recently there has been a flowering of writers, such as Will Self, Iain Sinclair, Matthew Beaumont and Merlin Coverly who specialise in “psychogeography”, writing about their mainly urban walks. Psychogeography was defined in 1955 by Guy Debord of the French avant-garde situationists as “the study of the precise laws and specific effects of the geographical environment, consciously organized or not, on the emotions and behaviour of individuals”. In other words, how our surroundings affect us. Essentially it’s gadding about the place and then writing about it.

Our city, of course, has been immortalised in one of the most famous walks in literature and our tourism has benefited accordingly. But Ulysses is not the only book about walking in Dublin. In his bracing Hidden City: Adventures and Explorations in Dublin, published last year, Karl Whitney followed the trail of Joyce from house to house (Joyce lived in 20 places before escaping the country aged 22) but also explored the city’s suburbs and the sewerage system, the planning (or lack of it) and the Liffey’s course.

Of course flâneuring (or is it flânning?) isn’t just for writers - readers enjoy it too. And there’s an opportunity to do plenty of it at the Words on the Street event on European Literature Night, Wednesday, May 20th. This year it is centred around Parnell Square in Dublin and the surrounding area. Twelve well-known Irish people will read 15-minute segments of contemporary novels and short stories (in translation) from 12 European countries in 12 venues, many not normally easily accessible to the public.

The idea is you amble from place to place – catch a reading here, stop for a drink there and then onto another reading somewhere else. A map and information booklet showing the location of the venues with information about the readings will be available from libraries in Dublin, Fáilte Ireland tourist offices, the National Library and the venues themselves. The first reading in each location starts at 6.30pm and is repeated on the hour and half hour with the final reading at 8pm. Author Alexander McCall Smith (of the No. 1 Ladies’ Detective Agency fame) will be in the Abbey Presbyterian Church (Findlater’s Church) on Parnell Square. Other readers include Don Wycherley, Mary McEvoy and Barry McGovern. It’s all free and there’s no need to book. Just walk on in. dublincityofliterature.ie