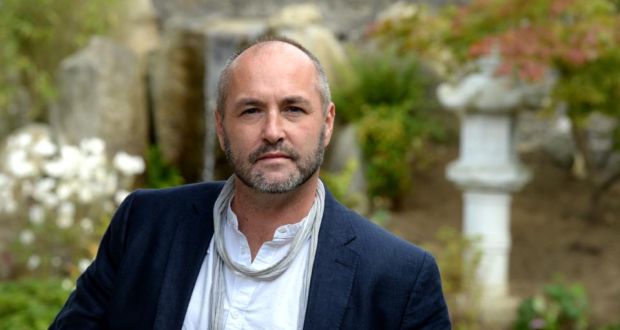 An old man falls on a snowy pavement in New York on a winter’s afternoon and dies. Did he fall or was he assaulted? The mother of an adopted son endures days of torture after his mysterious disappearance on Christmas Day. In the centre of London, an elderly nun confronts the man who kidnapped, abused and raped her, many years before, in Columbia. Now he is an important figure in peace talks and has conveniently forgotten his past. And in What Time Is It Now, Where You Are?, a very short story with a Carveresque title and a Carveresque theme, a writer questions the nature of his own fictionalising:

“Sally sits alone in her rocky outpost. Unlikely of course, but he knows a few marines back in New York, and he has heard their stories, and he is well aware that reality so often trumps invention . . . ”

It is this idea, that reality trumps invention, which drives this beautifully written – some might say too beautifully – disconcerting collection from Colum McCann, in which he breaks new ground in his brilliant literary career. He is exploring more seriously than ever before the links between reality and illusion, life and art. Only recently have writers of fiction begun to openly acknowledge an autobiographical basis for their work, or some of their work.

A lively imagination being the one essential attribute for the fiction trade, all writers know that it is as easy as pie to make things up. What is difficult is to express some sort of truth aesthetically in all its depth and complexity, whether via fantasy, reality or autobiography.

In an afterword to this collection, McCann gives information about the provenance of the stories. “In the end, though, everything we write is autobiographical, perhaps more especially when we attempt to avoid the autobiographical.” He offers an unusual and irresistible invitation to visit his website and find out more. In 2014 McCann was brutally assaulted on a street in New Haven. He endured months of medical treatment, and writer’s block. Writers who experience trauma seem to need to write about it before they can move on, or back to where they were. Henning Mankell, for instance, who died this month, is an excellent example.

Although McCann tells us the stories are autobiographical, they are also clearly highly fictional. He is not, after all, an old nun, like the protagonist of the wonderful story Treaty. (And this story is doubly welcome, as it has as its heroine an almost extinct creature in Irish fiction: a nice, intelligent nun – last spotted somewhere in Kate O’Brien?)

Nor is McCann, south Co Dubliner, a retired US judge of Lithuanian Jewish origin – although he shares with his protagonist a tendency to think in the style of Leopold Bloom.

But with these and his other protagonists he belongs to the club of those who have experienced shocking trauma – the New York judge is attacked in a way reminiscent of McCann’s own attack, although, curiously, as the author points out, he wrote this episode before that happened.

So reading these stories is pleasurable and stimulating on a range of levels. They work as interesting narratives: Thirteen Ways of Looking has an engaging whodunit – and whydunnit – aspect; in Skh’ol we must think hard about what actually happened.

Throughout the language is, as always with McCann, delightful. He writes with a sure sense of rhythm, and he has an enviably agile mastery of syntax. This is evident even when he is doing the ventriloquist thing, writing in someone else’s voice. It’s always his voice. Le style c’est l’homme, and in that sense Madame Bovary is always moi – there is one part of the self that authors can seldom abandon.

Why would he? His observations are stunningly sharp and his descriptions perfect: “When Pedro Jimenez is hauled in for questioning he displays a curious cocktail of innocence and guilt. He arrives in a suit jacket and blue shirt and white chef pants, a sad garage sale of a man, 57 years old, a little isthmus of hair in the center of his forehead . . . The female detective speaks to him at first in a Spanish that seems as if it has been scuffed and rolled on the streets of the city.”

All this contributes to the power and artistic wholeness of the book. But that’s what we expect of McCann.

This work has something extra, however. The author’s frank note at the back, informing us of the link between real events and the fictional treatment, and his further elaboration of this connection on his website, give to the work an astonishing new dimension, distinguishing it from almost any other fiction. It’s of particular interest to other writers, but it will also fascinate readers. All the characters in his stories are fictional, more or less, but instead of the standard disclaimer denying any but coincidental connection to anyone living or dead, McCann makes the opposite claim: this fiction is based on reality.

Éilís Ní Dhuibhne’s latest stories appear in A Kind of Compass , edited by Belinda McKeon, and The Long Gaze Back, edited by Sinéad Gleeson