The tale of horror left its imprint. How would life play out for victim and perpetrator?

Fiona Sussman’s second novel, The Last Time We Spoke, was inspired by a chilling New Zealand crime. To understand it, she immersed herself in Auckland’s underbelly 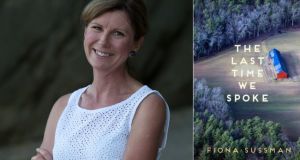 Fiona Sussman: What realities lay behind the headlines? How did each party move forward and negotiate the realm of their loss, be it in the form of a loved one’s life or their own liberty?

A chilling New Zealand crime would be the genesis for my second novel, The Last Time We Spoke. The unsettling parallels between the victim’s circumstances and some of my own, as well as the youth of the perpetrators, were what first piqued my interest.

It was the relentless media coverage, however, which knitted the story into my consciousness. But then, as is so often the media way, after the story had been sucked dry of sensation, it was abruptly dropped to make way for the next piece of news. I could not move on so easily. The tale of horror had left its imprint, and I found myself contemplating how life would play out for both victim and perpetrator. What realities lay behind the headlines? How did each party move forward and negotiate the realm of their loss, be it in the form of a loved one’s life or their own liberty? These questions formed the seed from which The Last Time We Spoke would grow.

I had little trouble conjuring characters Carla and Kevin Reid – a white, middle-class couple living on a farm in rural Auckland, and Jack, their teenage son. Their world was one with which I was familiar. But what of Ben Toroa, the gangster, who robs this family of their domestic bliss? His counterpoint world was largely foreign to me. I owed it authenticity.

And so, over a period of two years, I navigated the underbelly of urban Auckland, visiting prisons and youth units across the North Island, going out on police patrol, speaking with individuals at Victim Support, reading victim and gangster autobiographies and, on one occasion, meeting face-to-face with an ex-gang member and murderer. I explored the colonisation of New Zealand and the rich Maori heritage from which Ben and his family had become dislocated. I learnt the slang of youth gangs. I listened to their hip-hop music. When I started rapping to music in my car while waiting to collect my children from school, I knew I had become fully immersed in this world!

I met many Bens during my research; our prisons are full of them. They are not all the evil, cold-hearted sociopaths we are often led to believe, but rather young men who have lost their way.

On the face of it, everything about 18-year-old Jack and 16-year-old Ben is different. The very disparate circumstances surrounding their births are what first sets them apart. Jack is dearly wanted; Ben survives a failed abortion. Jack is born into a middle-class home; Ben, into poverty.

While the dissimilarities between the two are so readily apparent, it was their commonalities which really interested me. The infant boys share identical human needs: the need for food and care, for love and for connection to something bigger than themselves. Neither is born a criminal, but rather each with the capacity to love – a trait with the power to elevate, but which circumstance can crush.

Ironically, it will be their very similar human drives which see Jack and Ben’s paths diverge – one towards university, the other towards prison. Both teenagers need a safe base from which to explore the world. Both seek camaraderie and a bond with others. Both hunger for a sense of self-worth. Jack will find all this within the nurturing embrace of his family; Ben must find it elsewhere. A gang meets the brief.

One mild night in March, the lives of the Reid family and Ben Toroa collide. Neither will ever be the same again. The Last Time We Spoke defies a knee-jerk reaction to an appalling crime. Instead it peels back the headlines to navigate the darkness, finding light in unexpected places.

The Last Time We Spoke by Fiona Sussman is published byAllison and Busby, £12.99