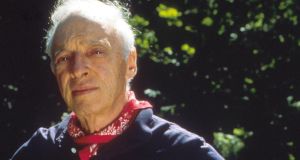 Saul Bellow: surrounded himself with sycophants, and despised anyone who challenged his views on literature, life and politics. Photograph: Dominique Nabokov

On April 5th, 2005, at the age of 89, Saul Bellow lay dying in his home in Brookline Massachusetts.

Bellow didn’t need reassurance from anyone that his writing career was a success: three National Book Awards, a Presidential Medal, a Pulitzer Prize and the Nobel Prize for Literature.

But as Zachary Leader pointed out in volume one of this biography– published three years ago – Bellow’s success came relatively late: he was just shy of 40 when he published The Adventures of Auggie March (1953, a novel that robustly challenged what was then an Anglo-Saxon waspish literary establishment in the United States. By bringing the vernacular of Chicago immigrant street slang and his Jewish roots to the forefront of the novel, Bellow set a trend that saw a whole host of Jewish writers dominating much of post-war American literary culture.

Volume two picks up in 1965 when the novelist – approaching 50 – was rich, famous and critically acclaimed. Such was Bellow’s influence in the literary world during this time that his publishers began referring to him in private as “God”.

Leader admits that his model of biography is based on Richard Ellmann’s study of James Joyce. Like Ellmann, Leader makes constant comparisons between the work and the life. The biographer is just as likely to provide first-rate literary criticism on one page as he is to share an anecdote about Bellow’s complicated domestic affairs on the next, cleverly juxtaposing scenes from novels with real life events as he goes.

With novels like Herzog (1964), Mr Sammler’s Planet (1970) and Humboldt’s Gift (1975), Bellow created a distinctive literary brand: it was modern, funny, urban, ironic, self-depreciating, erudite, controversial and philosophical too. Bellow’s neurotic-complex protagonists were a motley crew of failed intellectuals, hopeless romantics, charming dreamers and fast-talking con artists.All shared one commonality: the attempt to find meaning in a world drowning with too much culture, ideas and theory.

That’s the art. But what of Bellow the man?

The novelist could show pockets of tenderness, charm and romance, and inspire awe and wonder in those with whom he struck up friendships, if he was feeling good about himself. But Bellow could also be – to put it in crude terms – a right bastard.

Cutting, cruel, snobbish, spiteful, disloyal, sexist, judgmental and jealous might best describe much of his behaviour. We read one account here, for instance, of Bellow slapping his mistress, Maggie Staats, full force in the face at a dinner party because he felt she was flirting with one of the other guests. Or when a female student in 1967 asked Bellow, at a public lecture on his work, how much autobiography went into his novels, he told her, “It’s none of [your] business.”

Bellow surrounded himself with sycophants, and despised anyone who challenged his views on literature, life and politics. John Updike fell into the latter camp, while Martin Amis – a loyal Bellow disciple to the end – lay claim to the former.

Indeed, Bellow’s dying moments give us some idea of the guilt he may have felt later in life for his actions at the height of his fame. He turned to his friend, Eugene Goodheart, on his deathbed and asked: “Was I a man or was I a jerk?”

“You were a man,” Goodheart replied.

Most readers of this book, I suspect, won’t be as sympathetic.

In a nutshell, this is the central theme that Leader wrestles with over the near-1,300 or so pages that these two combined books take up.While attempting to dissect Bellow’s character, Leader steers clear of subjective opinion, reaching instead for primary sources, with which he has meticulously and diligently done his homework. The interviews he has conducted with Bellow’s loved ones are the most invaluable source of all.

Bellow’s son, Greg, for instance, says that his father’s career as an artist “entitled him to let people down with impunity”. Bellow’s other son, Daniel, meanwhile, tells Leader that he doesn’t think his father “liked being married”.

Leader spends much of his time documenting Bellow’s affairs: he was married five times and appears at any given time to have had at least two girlfriends on the side. As Bellow himself wrote in a letter to Hyman Slate, when looking back on his earlier life: “there was one drive, the sexual one”.

And so the general consensus we glean from these pages is that Bellow was no mensch, as his tough talking Yiddish-speaking Chicago street friends would have put it. But then again, we don’t read biographies seeking moral direction from perfect humans.

A flawed individual? Certainly. But Bellow’s art was as monumental and epic as the action-packed life he led. And Leader documents all of it with striking balance. The biographer’s tone is fair and even-handed, and he narrates this exuberant and decadent life at a distance, yet somehow giving the impression that he is a close family member. The Life of Saul Bellow is the biography form at its very greatest, and the best non-fiction book I’ve read in 2018.