Bookmarks: a round-up of the latest Irish literary news and listings 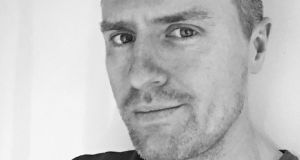 Justin Myers aka The Guyliner: his first novel, The Last Romeo, will be published by Little, Brown in spring 2018 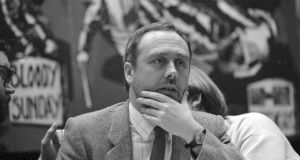 The Guyliner, who made his name with his satirical take on the Guardian’s Blind Date column, has signed a two-book deal with Little, Brown, for novels to be published under his own name, Justin Myers.

The first, The Last Romeo, to be published in spring 2018, tells the story of James Brodie, a 30-something journalist who blogs about his dating exploits under a secret identity until his account of a date with a closeted celebrity gains him notoriety.

The Guyliner has written regularly for The Irish Times on key literary topics such as why you should never date your favourite novel’s romantic hero; the fact that Rebecca is his favourite novel, but he hates everyone in it; and why he is addicted to buying books he’ll never read.

“It’s an old cliche that everybody has a book in them, but it’s a belief I held on to, making many attempts over the years to get something going, but to no avail,” Myers told me. “In a way, I became more wary of books, preferring to read stuff online – there was less commitment involved and, if I’m honest, less of a reminder that I really should be writing one of my own. Writing about books for The Irish Times has, in a way, rekindled my love of storytelling, and critiquing that story – I’d forgotten how joyous it can be losing yourself in a book and then, once you snap out of your reverie, taking it apart and making sense of it all. It also convinced me the time was right to do one of my own.

“The best thing about working with The Irish Times, though, has been discovering that so many other people loved and hated Daphne du Maurier’s Rebecca just as much as I did. For your book to provoke that level of emotion is the dream, really; I’m glad I wasn’t alone in feeling so strongly about it.”

Reading Frank MacGabhann’s Irish Times review of Ireland’s Exiled Children: America and the Easter Rising by Robert Schmuhl, one phrase leapt out. One of those profiled, Joyce Kilmer, had associated in New York with Joseph Plunkett, one of the executed leaders of the Easter Rising. Kilmer wrote in the New York Times in May 1916 about the “poets’ revolution” and of literary leaders who went into battle “with a revolver in one hand and a copy of Sophocles in the other”.

This must surely have been the inspiration for Danny Morrison’s speech at the the 1981 Sinn Féin árd fheis, when he asked: “will anyone here object if, with a ballot paper in this hand and an Armalite in the other, we take power in Ireland?”

Apparently not. While Morrison’s first response to my query on Twitter was: “He’s dead. Can’t sue me for plagiarism!” he followed up: “First time I heard it. (With hand on ballot-box, I swear). I’d never heard of the writer before I saw your reference.”

Kilmer is best known for his much-parodied poem Trees. “I think that I shall never see / A poem lovely as a tree.” Morrison observes: “That’s up [Gerry] Adams’s street.”

Former winner Kevin Barry is to judge this year’s Goldsmiths Prize – the £10,000 award created by Goldsmiths, University of London in association with the New Statesman to reward bold and original fiction – along with musician and writer Tracey Thorn, AL Kennedy and Naomi Wood. In its first four years it has been won three times by Irish writers: Eimear McBride in 2013 with A Girl Is A Half-formed Thing; Barry with Beatlebone in 2015; and Mike McCormack with Solar Bones last November.

Aujourd’hui, Belfast. Tomorrow, Le Monde. Irish Times Book Club alumnus Paul McVeigh is going from strength to strength with his debut novel, The Good Son. Having won the Polari Prize late last year, it was chosen last week by WHSmith Travel for promotion in all its travel shops in train stations and airports across Britain. Now comes news that its French translation, Un bon garçon, is one of 10 titles shortlisted for the Prix du Roman Cezam Inter-CE. Sebastian Barry won the prize in 2010 for The Secret Scripture and Dermot Bolger was shortliste din 2013 for A Second Life. The reviews have also been positive. Le Monde wrote: “Paul McVeigh has written a first novel of beautiful generosity, poignant in the delicate manner in which he evokes the brutality of an era. A striking fresco, mixing historical upheavals and hardships of a family shattered.”

Knights in the City

Young Dublin readers will be borrowing Knights of the Borrowed Dark this spring as Dave Rudden’s popular YA debut has been chosen by Dublin City Council Public Libraries as the focus of their 2017 Citywide Reading Campaign, which encourages children to read for pleasure. This is the sixth year of this initiative. Knights of the Borrowed Dark is a funny and fast-moving adventure story, which will appeal to boys and girls aged 10 and older.

Rudden said, “I am honoured and delighted that Knights of the Borrowed Dark is Dublin Unesco City of Literature’s Citywide Read. This is the city that taught me how to write, and I owe so much to its vibrant, friendly and supportive literary community. There’s a wild, swashbuckling charm to Dublin that very much inspired the strange and magical world of the Knights (though thankfully with fewer clockwork women and waistcoated misery-drinkers) and I can’t wait to share it with Dublin’s young readers and help them find stories of their own.”

There will be author visits to many Dublin City Council branch libraries as well as city-centre based events to promote the campaign. The campaign ends on 19th March with a packed day of fun events based on the book, as part of the St. Patrick’s Festival’s Big Day Out in Merrion Square. Copies of the book are available in all Dublin City libraries. dublincityofliterature.ie

The late Robert Dunbar’s Irish Times review praised Rudden’s “impressive debut novel . . . most conventions are tossed aside in a narrative which, in both content and style, breaks new ground, certainly in the context of Irish children’s fantasy fiction . . . a well-constructed cinematic plot populated by a diverting range of strange beings, human and otherwise . . . Rudden has mastered the art of making us question our assumptions about fantasy and its workings.”

Dublin-born crime writer Jane Casey is one of the authors chosen to feature in Galaxy Quick Reads, a British initiative now in its 11th year which publishes six £1 titles each spring by bestselling authors aimed at the one in six adults who struggles with reading. Casey’s story Old Tricks features in Dead Simple, a crime collection edited by Harry Bingham, which also includes short stories by Mark Billingham and Antonia Hodgson. Casey is the bestselling author of The Missing, the Maeve Kerrigan series and the Jess Tennant YA crime series. She lives in London.

Publishing Ireland in association with the Irish Writers Centre and supported by Words Ireland are running a four-part series over four Tuesdays in February called The Life Cycle of the Book. The series will be made up of short evening talks on the different aspects of the publishing process, aimed at writers and anyone interested in publishing. Details at irishwriterscentre.ie