The Golden Age of Murder, by Martin Edwards | Review

The hows and whys of the great whodunnits 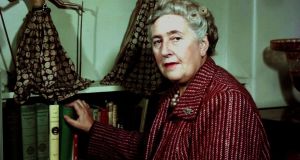 But only a year earlier John Strachey, writing in the Saturday Review, had declared that readers were living through “the Golden Age of English Detection”, describing detective novels as “masterpieces of distraction and escape”. So popular and pervasive were Golden Age mystery novels that Bertolt Brecht, tongue wedged in cheek, no doubt, could claim that the crime novel, “like the world itself, is ruled by the English”.

The contradictions persist to this day. Guinness World Records claims that Christie, at more than two billion, is second only to the Bible and Shakespeare in number of books sold. Yet the perception remains that Golden Age mystery novels were no more than bland exercises in solving puzzles, comfort blankets for middle-class readers eager to be persuaded that, although the country-house defences might be breached, and the village green become stained with blood, such anomalies would be detected by “the little grey cells” of superior education and the status quo quickly restored.

The best of the Golden Age writers, Edwards argues, particularly those members of the Detection Club who account for the book’s subtitle, The Mystery of the Writers Who Invented the Modern Detective Story, defied stereotype and were “obsessive risk-takers” as they reimagined the possibilities and potential of the crime novel. “Violent death is at the heart of a novel about murder,” writes Edwards, “but Golden Age writers, and their readers, had no wish or need to wallow in gore . . . The bloodless game-playing of post-conflict detective stories is often derided by thoughtless commentators who forget that after so much slaughter on the field of battle the survivors were in need of a change.”

Edwards, an award-winning detective novelist and the archivist of the Detection Club, has written a fabulously detailed book that serves several purposes. A rebuttal of the perceived wisdom that Golden Age mystery fiction was trite and cliched is to the forefront, but The Golden Age of Murder also functions as a history of the Detection Club, which was formed in 1930 and over the years included among its members Christie, Dorothy L Sayers, GK Chesterton, Ronald Knox, AA Milne, Baroness Orczy, Helen Simpson, Hugh Walpole, Gladys Mitchell, Margery Allingham, John Dickson Carr, Nicholas Blake, Edmund Crispin and Christianna Brand, among many others.

Edwards recounts a mind-boggling number of fictional plots (without ever giving away the crucial twists) and deals with the authors’ fascination with real-life crimes, and the way the Golden Age mysteries reflected the turbulence of the 1920s and 1930s and on into the second World War, persuasively arguing that “the cliche that detective novelists routinely ignored social and economic realities is a myth.”

Equally fascinating is his documentation of the authors’ frequently tortured private lives; Edwards turns detective himself as he explores how alcoholism, unacknowledged children, repressed homosexuality, unrequited passion, radical political activism and self-loathing found their way into the novels.

There are also some intriguing digressions, such as when Edwards notes the relationship between detective fiction and poetry. TS Eliot, Dylan Thomas, WH Auden, Cecil Day-Lewis and Sophie Hannah are among those namechecked as critics or authors: “From Poe onwards, a strikingly high proportion of detective novelists have also been poets,” says Edwards. “They are drawn to each form by its structural challenges.”

As a novelist himself, Edwards can be cynically humorous about the publishing industry. For the most part, however, he plays it straight, with a sustained and impassioned celebration of the Golden Age mystery novel that is as entertaining as it is comprehensively researched. Declan Burke’s current novel is The Lost and the Blind (Severn House)