The Conspiracy that Shook an Empire: The Phoenix Park assassinations

Browser review: Julie Dobrow, After Emily; How We Disappeared; Listening to Animals 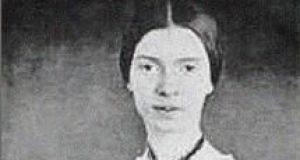 It is well-known that Emily Dickinson, perhaps America’s most accomplished poet, was reclusive, and that her posthumous publication has made her idiosyncratic poems the subject of much editorial controversy and debate. After being locked into a camphorwood chest and hidden away, Dickinson’s poems (written on scraps of paper, and sewn together) had a contested and difficult birth over the century. A fascinating piece of literary scholarship and biography, Julie Dobrow’s After Emily tells the story of the two women, a mother and daughter (Mabel and Millicent) whose work to edit and publish Dickinson’s poems and letters was fraught and tireless. Consisting of much research, and shining a light on two under-discussed figures in literary history, After Emily is nevertheless told in mesmerising and quick-paced detail. It is also beautifully-produced, with a number of photographic plates and manuscript materials. Dobrow’s work has the quality both of biography and of a thrilling soap-opera. There are hidden affairs, indiscretions, scandals, legal disputes, and (at the heart) three unstoppable women, each in their way set against the social mores of their time. Seán Hewitt

Based partly on the experiences of the author’s great-grandfather’s, How We Disappeared is the debut novel from Jing-Jing Lee, set simultaneously in 1942 and the year 2000 where an overheard confession becomes the catalyst for a revelation.

In 1942 as Singapore is invaded by Japanese troops, a village is decimated, leaving only two survivors and a small child. In another village, 17-year-old Wang Di is kidnapped and imprisoned in a Japanese military brothel. What she sees and experiences there will haunt her for years.

Lee’s project here is ambitious and her range expansive but her language is always intimate, drawing the reader into a world that is both violent and beautiful. Wang Di stands at the heart of the novel, her voice compelling and her character unforgettable. The relationship between memory, truth and trauma runs through her narrative like a thread, only drawn together completely at the novel’s conclusion.

Told across two separate yet intricately connected strands, Jing-Jing Lee’s debut novel is a visceral yet tender exploration of truth and its consequences, and the redemptive power of memory. Becky Long

Listening to the Animals

“Being a vet has never been a job, but a vocation; never a chore, but always a privilege,” writes Noel Fitzpatrick in this moving memoir. Although he grew up on a farm, with its necessarily perfunctory attitude to animals, he “couldn’t bear to witness any suffering in a living creature”. This love of animals was innate, to the extent of almost losing his life as a child in a grain silo while trying to save a mouse. He recounts experiences that propelled him to become a vet, trips to America where he witnessed cutting-edge technology in animal treatment and involvement in large-animal practice in Ireland before realising his dream. In 2005, he established Fitzpatrick Referrals in Surrey, a neuro-orthopaedic practice now employing 250 people, where he has pioneered state-of-the-art treatment for small animals, including prostheses, stem-cell implants to create new bone growth, 3D-printed joint replacements and oncological procedures. His vision is to interweave human and animal medicine, to the benefit of both species. “Animals have saved me many times in my life when I have felt sad, lonely or scared.” He is determined to repay them. Brian Maye

The Invincibles: The Phoenix Park Assassinations,The Conspiracy that Shook an Empire

One of the passions of the late Shane Kenna was the Irish National Invincibles, a group of men within the Irish Republican Brotherhood who planned and carried out the assassination of the two highest-ranking British officials in Ireland, Frederick Cavendish and Thomas Burke, in the Phoenix Park in 1882. Kenna sets the contemporary scene well. The Land War, pitting tenant farmer against landlord and police, had been going on, especially in the west, for three years. Kenna describes the conspiracy, the execution of it, the arrests, the trials themselves, with the testimony of James Carey, the informer, and the executions of five of them. The final chapters tell the story of Patrick O’Donnell, who discovered Carey’s true identity and shot and killed him on board a ship off South Africa for having informed on the Invincibles. O’Donnell was brought back to London for trial and hanged. The killing of Carey by O’Donnell, especially so soon after the trial, greatly embarrassed the British Government as it showed its failure to protect its agents. This book is Kenna’s fitting testament. Frank MacGabhann