The 7th Function of Language and Based on a True Story reviews: two French novels, only one success

Laurent Binet follows up ‘HHhH’ with an even funnier tale, but Delphine de Vigan struggles with her suspenseless thriller 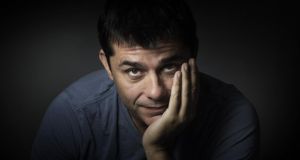 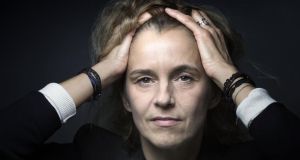 Humour can open most doors – and can salvage even the craziest plot, as the French writer Laurent Binet demonstrates in the lively follow-up to his dextrous, Prix Goncourt-winning first novel, HHhH, from 2009.

Based on the 1942 Operation Anthropoid plot to assassinate Reinhard Heydrich, the Nazi secret-service chief, HHhH is a terrific jaunt. Binet is obviously clever, loves history and has a healthy disrespect for convention – always a useful quality in a novelist. Admittedly, it is a dark story, and most of it is widely known, yet Binet’s conversational tone sustains the yarn brilliantly, and Sam Taylor’s translation conveys the pace and narrative bemusement.

Much the same may be said of The 7th Function of Language, which is even funnier and more absurd, with equal measures of panache and daring. At the heart of a madcap narrative is the overwhelming acknowledgment of the power of language.

Again Binet steals from fact. This time it is the chance death of the literary critic Ronald Barthes, who died in hospital after an unfortunate encounter in a Paris street with a laundry van. It was 1980. Barthes was 64, grieving the loss of his mother, the previous year, and not doing well. On the day of the accident he had just had lunch with presidential hopeful François Mitterrand. But was it really an accident?

An investigation is mounted, and Supt Bayard, who had never heard of Barthes, is in pursuit of a conspiracy. Almost immediately he realises that, even with a copy of Roland Barthes Made Easy, he is out of his depth in the world of academic theorists.

Bayard needs assistance – and finds it in the form of Simon Herzog, whose approach is precise: “I am not a specialist in Barthes, nor strictly speaking am I a semiologist. I have an MAS in modern criticism of the historical novel. I’m preparing a linguistics thesis on acts of language, and I also run a tutorial.”

As hastily selected sidekicks go, Herzog proves pretty useful. Anyone who has studied these theories will find this novel hilarious.

Early in their partnership the cop and the lecturer proceed down the university’s corridors. At this point Barthes is still clinging to life in the hospital. Herzog, as pragmatic as he is diligent, remarks to Bayard: “Even if he did die, we could still apply his critical methods, you know. . .”

Near death, Barthes shrieks: “It’s all in the text! You understand? Find the text! The function! Oh, this is so stupid!”

What emerges is that there may be a document, and it must be found. Was it in the possession of Barthes?

Binet plays with his madcap story, which has hints of a Dan Brown mystery, fact juxtaposed with speculation and red herrings.

An impressive cast dominated by Michel Foucault and other major figures of French literary theory and linguistics adds to the fun. Many former students may snigger at the idea of Jacques Derrida being savaged by dogs – which didn’t happen in real life yet does in this novel. Bayard, attempting to make sense of it all, asks Herzog about Saussure: “This Chaussure, does he know Barthes?”

Herzog is diffident: “Er, no, he’s dead. He was the inventor of semiology.”

When the young lecturer explains that it is intended to help man understand reality, Bayard is unconvinced.

Umberto Eco lends a hand, helping to explain the achievement of the Russian linguist and theorist Roman Jakobson in identifying a seventh function of language. “Whoever had the knowledge and the mastery of such a function would be virtually the master of the world . . . He would win every election, whip up crowds, provoke revolutions, seduce any woman . . . build empires, swindle the entire world.”

An international race is on to obtain the document that explains Jakobson’s formula. “If someone wanted to appropriate the seventh function for himself,” Eco warns, “he would have to ensure no copies existed.”

It is perhaps not as obviously accessible as HHhH, but The 7th Function of Language makes clear that Binet enjoys ideas and facts, and his zany, highly visual imagination ensures that even the sacred cow of literary theory provides the stuff of entertaining satire.

Should French literary theory hold little interest for you, this is still an immensely good-natured book of wicked cunning and slapstick timing, if messy plotting. Did someone mention the Coen brothers?

All this cannot be said of Delphine de Vigan’s ponderous saga about what happens, or might happen, when a writer faced with astonishing success runs into a blank wall. Based on a True Story may or may not be true. Perhaps a famous writer does encounter writer’s block and, on becoming isolated and despairing, fears that she will never write again. Out of the shadows comes a new best friend, who can not only help but also assume the writer’s problems – and even become her.

De Vigan’s Nothing Holds Back the Night (from 2011, translated in 2013) told the heartbreaking and intense story of her doomed mother. The author’s’s own problems were also evident. She is a writer of intense autofiction with little of the mercurial flair of Binet. Based on a True Story suffers because the narrative voice, harsh and humourless – and accurately rendered by translator George Miller – is devoid of sympathy or humanity. Delphine the writer is stalked by a “friend” determined to be her.

Based on a True Story is intended to be a thriller, but there is no real suspense because the reader is left indifferent about whether it the truth or an elaborate invention. The prose is flat and the tone unbearably self-regarding. De Vigan sees existence as a torment relieved only by admiration. Binet’s romp through the world of French semiotics is far more intriguing.