Suicide Club by Rachel Heng: Who wants to live forever? 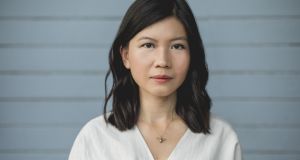 Once the preserve of Oasis songs and vampires, the concept of living forever has an eerie near-future quality to it in our modern world of biotechnology and cryogenics. Although the cryogenics lot have admitted that defrosting a body 100 years from now may pose some problems, it hasn’t stopped people around the world from signing up. American company KrioRus charges $36,000 for whole body storage, or – bargain! – $18,000 for the head only.

While in reality the possibility of living forever sounds suspiciously fictitious, in fiction it can seem uncannily real. So it is with Rachel Heng’s clever debut, Suicide Club, set in a near-future version of New York whose surgically enhanced inhabitants partake in a compulsory, never-ending competition to see who stays alive the longest. By a highly unnatural selection, certain individuals become “lifers” – genetically modified humans who receive state-funded treatments to keep them alive for centuries.

As the novel opens, lifer Lea and her partner, Todd, are hoping to be among those chosen for “the Third Wave”, a programme with such amazing benefits that it paves the way for immortality. Why anyone would want to live forever in such a claustrophobic, policed society is another matter. Heng skilfully mines today’s health- and beauty-obsessed culture to show how quality of life is being sacrificed for quantity. In her novel, everyone can stay young and beautiful and miserable for as long as they like.

The weekend brunch crowd were out in full force, sipping flavoured protein mixes and sucking in oxygen shots

Except those in the titular club, an elite organisation set up to promote joy in life and dignity in death. Suicide Club is a novel of ideas where issues of eugenics and euthanasia are treated sensitively by the author, in a way that recalls Kazuo Ishiguro’s Never Let Me Go, or more recently, The Power by Naomi Alderman. Heng is a Singaporean writer who graduated from Columbia University. After working in the finance sector in London, she moved to Texas for an MFA in fiction and screenwriting at the Michener Center for Writers, where she is currently a fellow.

To the central question of her novel – would you live forever if you had the choice? – a resounding no is the answer. We see this first with Lea’s life, an airless existence that sees her move mechanically between her high-powered city job and a soulless apartment each evening where she eats Nutripackets for dinner, or occasionally cooks a “trad meal” where a carrot is considered an indulgence. In the wider world, the modern fixation with clean eating is satirised to great effect: “The weekend brunch crowd were out in full force, sipping flavoured protein mixes and sucking in oxygen shots.”

Everywhere the joy is stripped from life. A famous opera singer no longer sings because it supposedly weakens her heart. Running is forbidden for lifers – in favour of Pilates and meditation – as it puts too much stress on the body: “[Lea] missed it. The wind in her hair, the thump of blood in her ears, the hurtling feeling.”

The city’s inhabitants see adverts wherever they go, warning them of the dangers of living outside the strict guidelines imposed by the faceless state: “A fat-encrusted artery stretched out like a sock (‘Meat kills’); a raw, torn joint (‘Switch to low impact today’); the ubiquitous glowing red eyeball (‘Fruit -#1 cause of diabetes blindness’).” There are overtones of 1984 and The Handmaid’s Tale in two agents who show up at Lea’s door to monitor her increasingly erratic activity, but it seems fitting that Heng keeps them on the benign side of authoritarian. GK and AJ are there to observe Lea, rather than harangue her. With her strict exercise, beauty and diet regimes, she makes a prisoner of herself.

This is further emphasised by the return of Lea’s father – absent for 88 years – a formerly vibrant man who has had the life sucked out of him by the system and now yearns to die. Refusing to accept the state’s solution of farms that house bodies after the mind has gone, he joins the suicide club and introduces Lea to a world of people who accept that life is finite and who pledge to live as best they can before they go. This central theme of quality over quantity is highlighted in a parallel narrative that sees Swedish activist Anja help the club to promote their cause in violent, viral videos. Back in her dingy apartment, Anja’s mother “lives” in a bath after multiple botched treatments. Grey-skinned, inactive, unable to die.

Both plots are secondary to the fascinating world that Heng creates and there is little tension in Lea’s haft-hearted attempts to get the club shut down. Her purpose instead is to show us what happens to life when we live only with an end – or a never-end – in mind. Live forever? I said, maybe I don’t really want to know.