States of Passion by Nihad Sirees: a queasy tale of love 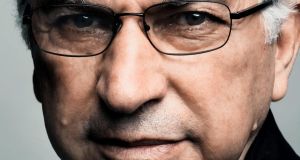 How do we judge novels in translation? The good ones will see both original text and interpretation lauded. Prizes such as the Man Booker International and the Best Translated Book Awards exist to commend the dual effort. Recent notable examples include The Invented Part by Rodrigo Fresán, translated by Will Vanderhyden; Man Booker winner Olga Tokarczuk’s Flights, translated by Jennifer Croft; and Vernon Subutex 1 by Virginie Despentes, translated by Frank Wynne.

While a fine translation of a fine novel is easily assessed, a poor novel proves more difficult. Who to blame for the clichéd language, the awkward attributions, the dialogue that doesn’t ring true? These issues, which appear frequently in Syrian author Nihad Sirees’ second novel States of Passion, are a factor of bad translation. But there is also plenty to find fault with in the novel itself. A lacklustre story, stock female characters and pacing problems combine with translation issues for an inadequate reader experience.

The story follows a Syrian bureaucrat as he takes refuge from a desert storm in a nearby mansion where an old man and his sinister servant live. Using the age-old device of the tale-within-a-tale, the bureaucrat becomes spellbound by the old man’s story, set in Aleppo’s golden age and centred on a beautiful young woman named Widad.

The backdrop initially looks promising: 1930s Aleppo and the all-female society of the banat al-ishreh, a community who live, love and perform music together. The promise soon gives way to plodding detail where the author’s research passes for dialogue: “I think banat al-ishreh refers to women who are with other women the same way men are with women. That’s how they got the name anyway.” The old man goes on in a similar fashion to explain how one woman is the dominant partner, the ablaya, and the other is the “little girl”. Widad, young and beautiful, is the latter.

The queasiness of one old man telling another middle aged man a story of lesbian love and jealousy sets in early. Few readers will be surprised to learn that the old man has been thwarted by the banat al-ishreh in his own pursuit of Widad. Thrown into the mix are stories about Widad’s mother Badia; boss of the banat, Khojah Bahira; and the old man’s own history. Switching between tales without finesse, the author tries to excuse the shoddiness: “There’s something I want the reader to be aware of, which is that I was keen to hear the story of the mother so that we could get back to the story of the daughter.”

Sirees won acclaim for his debut The Silence and the Roar, a Kafkaesque fable that depicted the rigid regime of an unnamed country in the Middle East, though it too was criticised for clichéd translation. In this new book, the problem is rife: women are “the gentler sex”, people need “creature comforts”; characters take a shine to others, or elsewhere are “stuffed to the gills”. In a book that has a mostly formal, stilted tone to it, there are glaring issues with certain lines: “What does this prick want? I heard myself whisper.”

Interjections from the bureaucrat narrator also frequently disrupt proceedings: “Interrupting the flow of the story, I asked.” Irrelevant detail drags down an already laboured story. Do we really need to know that “ordinarily” the narrator catches cold if he doesn’t dry his hair after a shower? “Isn’t that odd? I think the reason was how intrigued I was by the story.” Lucky him.

Just as love objects like Bahia and Widad are always young and beautiful, the women who the old man hates are grotesquely painted – obese, ugly, ignorant and, incredibly in one instance, “sitting on her chamber pot trying to shit”. Lest we not get the message, the narrator later sums up the tone when he asks the old man, “So how did that bitch manage to find you?” The same fellow feels himself “the prisoner of a story that stretched on and on – and might never end.” To venture into States of Passion is to know exactly how he feels.