Some mother’s son: A beautiful, memorable novel about love and neglect

Book review: Hanne Ørstavik brings us remarkably close to her characters in such a short time 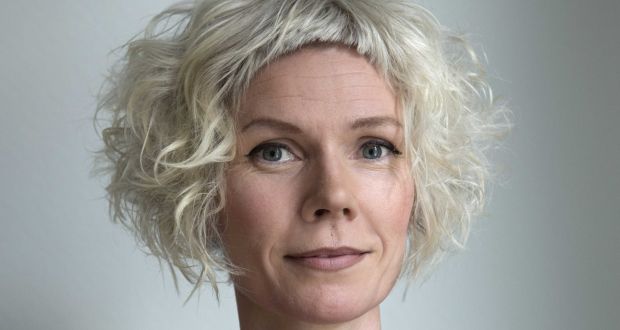 Sometimes short books leave a long lasting impression. Take Ghost Wall by Sarah Moss, Carys Davies’ West, Dept of Speculation by Jennie Offill, all of them vivid, memorable novels under 200 pages. Love, by the Norwegian writer Hanne Ørstavik, is another to add to the list – an achingly sad, unsentimental story about a mother and son both searching for solace over one long, bitterly cold evening.

For a short novel that spans only a few hours in time – there is little in the way of back story and no flashbacks to the past – Ørstavik brings us remarkably close to both her characters, shifting effortlessly between them in stark, lucid prose. There is a timeless feel to this novel that is similar to Ghost Wall and West, stories that are universal in nature even as their worlds are wonderfully unique. All three books carry from the opening pages an impending sense of doom that unfolds in tense sequences over the course of the narrative.

Love is Ørstavik’s third book. First published in 1997, it was her literary breakthrough and has since been voted one of the best Norwegian books of the last 25 years. Published in America last year, it won the 2019 PEN America Translation Prize and was a finalist for the 2018 National Book Award for Translated Literature. This month sees its launch in the UK and Ireland by And Other Stories, an independent publisher that excels in translated fiction.

Readers here are in for a treat. Ørstavik’s twinned themes of love and neglect manifest on every page. Her style, brilliantly translated by Martin Aitken, is quiet and mesmeric, aligning us with divorcee Vibeke and, particularly, with her son Jon, on the eve of his ninth birthday. Having recently relocated to a remote town in Norway where Vibeke takes a job as an arts officer, the pair are both on the look out for love and friendship.

Lonely Vibeke watches movies at home and fantasises about an engineer in the library. A snap decision to go and borrow more books sees her end up at a fairground on the outskirts of town as night sets in. Jon, meanwhile, goes for a wander, thinking his mother has gone to get him a cake. He meets a teenage girl, skates for a while, gets welcomed into her home by her doting parents. To say too much more would spoil the simple, deft narrative but Ørstavik uses a clever structure whereby mother and son have eerily parallel nights, taking refuge in strangers’ cars as they make their way through a cold, unforgiving landscape. The search for love is on.

Is it neglect that she is, for this one moment in time, simply thinking about her own desire for something new or exciting, to be loved and tended to herself?

But what is love when you’re bound to another person the way a mother is bound to her child? This is a fundamental question of the novel. If a mother decides on a whim to stay out for a night, thinking her son is safely in bed, is that neglect? Is it neglect if she doesn’t think to check in on him later? Or the real question: is it neglect that she is, for this one moment in time, simply thinking about her own desire for something new or exciting, to be loved and tended to herself?

While Vibeke’s search for another kind of life is entirely relatable, the reader’s heart belongs to Jon, a young boy who is by turns vulnerable, curious, brave. From the problem with his eyes – “Jon tries not to blink. It’s hard for him not to. It’s the muscles around his eyes that go into spasm” – to the innocence of him getting into a car with a stranger, Ørstavik has created a character we want to save. Alone in the dark at one point, we feel his fear and his heroic attempts to overcome it: “He doesn’t turn around, but proceeds calmly. You mustn’t show them you’re scared. That’s when they come for you, when they know you’re scared.” Particularly affecting, and horribly ironic, is his worried imaginings about his mother: “An accident on her way home from the village and it’s all his fault. If it hadn’t been his birthday everything would have stayed the same.”

The tension ramps up as Jon gets into a car with a strange woman who knows details about his life (“She wears a little diamond in her nose too, doesn’t she, your mom?”). There is a tantalising moment where two cars pass each other, a mother and son, inextricably bound  but now on diverging paths. Yet for all the potential dangers of this one night, the book’s achievement is that we come to the end of it seeing a wider picture. The focus is not necessarily on the neglect of one evening, but rather on the miracle of the thousands of preceding days that a mother has managed to keep her son alive.

Bloomsday: If you haven’t read ‘Ulysses’ yet, then start here