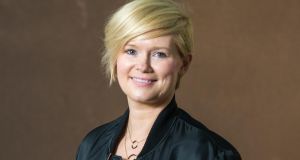 Already on their way to screen adaptation by Nicole Kidman’s production company, Cecelia Ahern’s 30 imaginative stories are modern-day tales with elements of magic realism or science fiction. Each story marks an epiphany or moment of transformation for an unnamed woman or “everywoman” and there is a story for every woman here.

Ahern has a disarmingly down-to-earth empathy and is at her sharpest and funniest when characters have their backs to the wall as in one of the strongest tales, The Woman Who Was Swallowed Up By the Floor and Who Met Lots of Other Women Down There Too. This woman is so terrified of her boss, she shakes uncontrollably and farts while giving a presentation at work. Then, “A beautiful inviting black hole opens up between her and the boardroom table”. Down in the magical realist black hole, she meets a selection of women all guilty of actions from which they feel there is no return. For this woman and every other in the book the end comes with an acknowledgment of her true situation which enables her to move forward.

The woman in The Woman Who Found Bite Marks on Her Skin copes with work and three children, “She had packed and repacked her work tote the previous night like an anxious child before her first day of school, and still, despite the endless planning, the thinking and rethinking, the freshly puréed food in pots . . .” she can’t sleep. Then the mysterious bites appear with increasing ferocity and “Three weeks later, she was unrecognisable. The marks had spread to her face; there was bruising on her cheeks and chin, and the tips of her ears looked as though they’d been nibbled”. The story ends when the woman is hospitalised and realises that the angry bite marks are caused by guilt. Can such fierce guilt be easily dismissed?

Raymond Carver famously said, “What good is insight, it only makes things worse?” There is always the second moment of truth when a woman stands up to a man only to realise her troubles are just beginning. I enjoyed The Women Who Was Kept On A Shelf but wanted to know how the controlling husband coped when she left the shelf at the end of the story. Hell hath no fury like the man who kept her there for 20 years. I’d love to see Ahern exploring what happens next because hard times and humour are her forte.

These stories, of course, are only the beginning of Roar which will continue to develop on the screen. There is much to develop here as the story collection teems with ideas. The Women Who Wore Pink lives in a dystopian world where gender is policed fiercely. Men wear blue and women wear pink and are forced to identify themselves as “penis” and “vagina” – this is a funny story with a light touch although the quick solution of the happy ending was disappointing for me.

Most women here are very well-heeled. They carry briefcases and wear suits. An elegantly-suited lisping fairy godmother in The Woman Who Ordered the Seabass Special gives courage to a lisping waitress while applying expensive hand cream. The Women Who Slowly Disappeared is flown to South Africa as a special case to see a woman consultant who specialises in unseen middle-aged women.

But fairy tales have always starred queens and princesses living in castles even when their audience and narrators lived in middens and ate out of communal pots. Gorgeousness can be transporting like the fabulous glittering sets of the screwball movies which thrilled threadbare Depression-era audiences. Indeed flying women (one of whom features in Roar) and witches abound in cultures where women have been most oppressed. Just a little more hardship and difficulty before the happy ending could allow Ahern’s brave women to soar (and roar) higher.

Martina Evans is a poet and novelist. Her latest book Now We Can Talk Openly About Men is published by Carcanet.