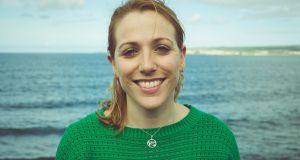 EM Reapy: is interviewed by Laura Slattery at the Irish Writers Centre, Parnell Square, Dublin, on Thursday, May 25th, at 7.30pm

In times of economic hardship, the Irish have always been good at picking themselves up and moving to other parts of the world. As I write this, my partner and I are sat on an uncomfortable couch in a freezing cold flat in Liverpool. And though our circumstances are perhaps not as bad as they might’ve been a few years ago during the worst of the recession, we still felt the need to leave home in order to better ourselves and foster some hope for a financially stable future.

This trend, of course, has a precedent. In the 1950s a policy of nationwide austerity promoted by Eamon de Valera led to mass emigration and high unemployment. In the 1980s irresponsible budgeting and political corruption led to a wave of young people leaving Irish shores for the greener pastures of an undocumented life in the States. And in both instances the experience of the country’s economically dispossessed became creative fodder for some of Ireland’s best works of fiction– Edna O’Brien’s The Country Girls springs to mind or JP Donleavy’s A Fairy Tale of New York.

So with the collapse of the Irish property market in 2008 and the subsequent economic recession, it is only right that we now have a new wave of literati trying to dissect where it all went wrong. These works have taken the form of everything from Mike McCormack’s wonderful Solar Bones – a stream-of-consciousness modernist myth narrated by the ghost of a middle-aged engineer – to Conor O’Callaghan’s neo-Gothic psychodrama Nothing on Earth. But none has looked so unflinchingly (or with such raw detail) at the subject of Irish economic migration as EM Reapy’s debut novel, Red Dirt.

What strikes me as exceptional about the novel is how directly it faces up to the subject of the economic crash and, in particular, to the continuing plight of Irish Millennials.

Red Dirt, like Donal Ryan’s The Spinning Heart, adapts a kind of hysterical social realism, and forces empathy by presenting us with details that seem recognisable as the lived experiences of actual people. The characters of Hopper, Murph and Fiona are remarkable precisely because they feel so believable. Reapy possesses a genuine talent for dialogue and in the exchanges between her characters there is an all-encompassing sense of pessimism that seems indicative of the challenges faced by Irish Millennials:

‘You didn’t know at the time,’ Dorothy says.

‘But what if I did know? I did but I wanted a shortcut out of the debt.’ You cower, blush, but nod your head. It’s the truth.

‘The debt was a method of grooming you. If Antonio controls your financial state, he wields a whole lot of power over you.’

Reapy’s young people are not the financially entitled Instagram-addicted stereotypes you’ve heard about. They are society’s poor and desperate. They are the leftovers of a Celtic Tiger they had nothing to do with the creation of or destruction of when the house of cards came down around them in 2008.

Incidentally, it should be mentioned that the above exchange takes place after Fiona’s character is nearly raped by three farmers in the Australian outback. What strikes me about her section of the book is that it is written entirely in the second person, giving her experience an accusatory rawness that forces empathy whilst at the same time reminding us of our own societal complicity. It is a method that was much lauded when it was used by Claudia Rankine in her 2014 poetry collection Citizen; enacting a similar state-of-the-nation sense of purpose. It is a warning. Reapy is reaching out to the collective “you” and reminding us that Fiona could be anyone’s daughter, wife, girlfriend, sister or cousin. Her story could just as easily have applied to the country’s young and dispossessed in the 1950s as it does to the current generation of young Irish emigrants.

But Fiona’s narrative, like the narratives of both Murph and Hopper, does not begin and end with her survival in the Australian outback. All three characters are led on different journeys of cumulative exploitation, and it is remarkable just how much of Red Dirt reads as a sort of Marxist commentary on the idea of labour for survival. Australia in essence becomes the “gig economy” of late capitalism writ large, with Murph selling his labour to make ends meet on the supply-and-demand production line of the mango farm, Fiona selling her labour in the garlic factory and being exploited by the outback farmers, and Hopper who (literally) labours his way through the desert after he is abandoned by Murph on his way to picking mangos.

What Red Dirt does so well is to refocus our societal blame gauge and turn it inward. It takes Fintan O’Toole’s imperative for Irish artists “to engage with the afterlife of a period that was hard to write about when it was unfolding” and asks each of us to swallow our own share of responsibility for the Celtic Tiger’s creation and destruction. Whether that was through the continued election of political cabals, blanket refusal to pay tax, the development of properties for inflated fiscal gain, or irresponsible borrowing and lending by the nation’s financial institutions, for every brick laid we lost another young person to the airport. And for a country with a history like ours and natural resources so profoundly limited by geography, what – Reapy asks us – could be sadder than that?
Red Dirt by EM Reapy is the Irish Times Book Club selection for May 2017. This debut novel won Newcomer of the Year at the 2016 Irish Book Awards and was shortlisted for the 2017 Kate O’Brien Award. Over the next four weeks, we shall run a series of articles by the author and fellow writers on Red Dirt, culminating in a public interview with Elizabeth Reapy by Laura Slattery of The Irish Times at The Irish Writers Centre in Parnell Square, Dublin 1, on Thursday, May 25th, at 7.30pm, which will be uploaded as a podcast on May 31st on irishtimes.com