Recollections of My Non-Existence: The precarity of identity 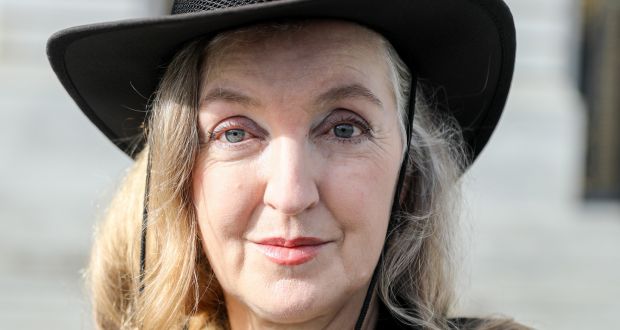 Rebecca Solnit: The first two chapters of her new book capture beautifully the precarity of youth, and the exhausting but liberating job of creating the self and imagining a future for it.

Book Title:
Recollections of My Non-existence

Rebecca Solnit is one of our best essayists. In recent years, books such as Hope in the Dark, A Field Guide to Getting Lost, and Men Explain Things to Me have been required reading for anyone hoping to engage more thoughtfully in questions of feminism, politics, art, and the environment. Her writing is clear, incisive, and at its best manages to bring a wonderfully-argued coherency to complex and often unspoken power-structures. In this new book, Recollections of my Non-Existence, Solnit is more concerned with memoir than with argument per se, though this never curtails her expansive, connective vision.

Recollections of My Non-Existence is carefully structured, moving through various forms of “non-existence”, and eventually culminating in Solnit’s journey to publishing books. There is the forced state of non-existence women experience in response to a hostile society; and the freeing state of non-existence brought on by reading. Sometimes, Solnit suggests, it is necessary to be given a space away from the self and its confines; in other instances, it is necessary to “be yourself some of the time”. This careful balancing, and this subtle exploration of the mutability of personality, identity, and selfhood, characterises this memoir.

The first two chapters capture beautifully the precarity of youth, and the exhausting but liberating job of creating the self and imagining a future for it. These opening pages track the changing tenor of the predominantly African American neighbourhood in San Francisco where Solnit lived from age 19, often casting a Woolfian eye over the passage of time. They give the social history of the neighbourhood, and mark the passage of gentrification and technological advancement against the experience of selfhood and community. “Change is the measure of time, and I discovered that in order to see change you had to be slower than it, and that by living in one place for a quarter century, it became visible to me.”

In focusing on the way in which she furnished her apartment, and on the history of objects, Solnit imbues materiality with a sense of value that is entirely non-commercial, and thus it becomes charged with the feminism and social consciousness of her writing. Her writing desk, we learn, was a gift from a friend who had been stabbed 15 times by her ex-boyfriend: “Someone tried to silence her. Then she gave me a platform for my voice. Now I wonder if everything I’ve ever written is a counterweight to that attempt to reduce a young woman to nothing.”

Solnit’s best writing in this book is in Life During Wartime, a chapter that considers gender violence, and its pervasive threat, as a form of collective gaslighting. Women killed in films, in songs, the eroticisation of the dead female, and the intrusion of men into female space (and bodies) are posited as a way of enforcing non-existence. If existence is so perilous, non-existence becomes the safest mode of survival: “I became an expert at fading […]taking up less and less space.” Here, Solnit supplements and expands upon her earlier work (including an excellent chapter in Wanderlust: A History of Walking) in examining the hostility of the public space to those gendered as female.

What is most revelatory, and most hopeful, in this work, however, is Solnit’s ability to imagine alternatives: “You can drip one drop of blood into a glass of clear water and it will still appear to be clear water, or two drops or six, but at some point it will not be clear, not be water. How much of this enters your consciousness before your consciousness is changed? […]What does it do to see people like you tortured? What vitality and tranquillity or capacity to think about other things, let alone do them, is lost, and what would it feel like to have them back?”

It is this galvanising prose, coupled with Solnit’s personal experience, that give this book its brightest and most effective moments. Though Recollections of My Non-Existence doesn’t have the same sort of focused exposition we find in Solnit’s other book-length works, its lifelong scope allows for change and development. Offering a deeply-considered exploration of consciousness and the mutability of selfhood, this memoir is generous in the breadth of its ideas, and generative in the clarity of its arguments.