Book review: The writer’s long-awaited second novel lives up to the hype 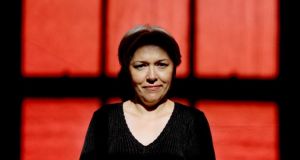 Fifteen years have passed since Susanna Clarke captivated the imaginations of four million readers worldwide with her bestselling debut, Jonathan Strange & Mr Norrell. Her epic tale of 19th-century England, in which two magicians emerge to change history, was unlike anything published before – the 782-page fusion of magic, mythology and the fantastic with Austen-esque Regency manners proved irresistible.

In the ensuing silence, Clarke’s legion of newly devoted fans had reason to believe it was a feat so extraordinary that the novelist could not, or would not, dare to repeat it. With the exception of an anthology of short stories, The Ladies of Grace Adieu, that was set in the world of Jonathan Strange and published soon afterwards in 2005, there has been no white smoke rising from the chimney of Clarke’s home in Derbyshire. Until now.

9 Dublin won’t be getting all those hotels after all

15 Viggo Mortensen: It ‘felt awkward’ replacing Stuart Townsend in Lord of the Rings

16 Brexit: EU and UK negotiators to resume talks in ‘last throw of the dice’

19 Doctors ‘shooting themselves in foot’ by campaigning against FG, Varadkar texted Ó Tuathail

20 The history wars: A new battleground in Irish politics

21 Fintan O’Toole: All the main actors in the Troubles tell partial, distorted and deceitful story

22 David McWilliams: Start building and don’t stop until we have all-island transport

24 Helen McEntee announces she is pregnant

29 Is Ireland ready for the Covid-19 vaccine?

30 Val McDermid: ‘There will be a united Ireland within five years’

31 Anatomy of a Killing: Restrained examination of the IRA murder of an RUC officer

33 Jennifer O’Connell: Is it time woke culture was cancelled?

38 Elliott makes firm offer for Aryzta and has financing - report

39 Covid-19: 15 teachers forced to self-isolate after outbreak in Limerick school