Permission review: Compelling take on sex and power in LA 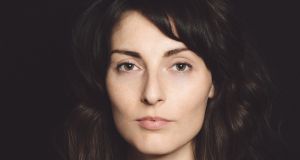 Through the eyes of her mid-20s actor narrator Echo, Vogel explores issues of loss, power and sex, how the latter can have transformative effects for people in huge emotional turmoil. Echo is grieving for her father, who died the previous summer after falling off a cliff near their scenic LA home: “He took one wrong step and was gone. Maybe the grip on his sneakers had been worn smooth, or he glanced up from the rocks as he climbed over the sea cave to watch a pelican dive.” With no body recovered, a sense of mystery and uncertainty complicates the loss. Vogel mines this unease throughout her novel, itself a mysterious creature that withholds from the reader certain details about the father’s death, allowing us to empathise with Echo’s alienation.

Piggy’s story can at times feel inauthentic after the closeness of Echo’s voice, but the details of the world he inhabits are real and interesting: his “day of days” with Orly is Tuesday, “a day around which all else revolved”. From making “his queen” the world’s most complicated coffee, to cleaning up after her, we get a clear picture of a man in thrall to service: “ ‘There are one hundred clothespins,’ Orly said. ‘Put them in the bucket and clean them. We’ll begin there.” Even the more salacious details of the BDSM world – toe-sucking parties, LA directors with a penchant for murder – are written sensitively by Vogel.

In stark contrast is the way Echo is treated by the so-called normal males around her – the vicious Iranian father of a former female friend, an egotistical musician boyfriend, a sexist drug dealer, a Weinstein esque agent. An excruciating semi-professional date between Echo and the agent (who is the assistant of her former agent) amply showcases Vogel’s powers of description and incisive views.

At dinner in the restaurant Echo agonizes over whether to eat her steak: “I wanted to eat it all, but I was afraid he’d think I didn’t care about my figure, those three make-or-break pounds, and I wanted him to know that I did.” Later, back at his apartment, the same sorry dynamic inevitably turns sexual: “He stepped in the way of my view, with a glass in each hand and his penis hovering near my nose. It was sticking out of his fly.” Adding nuance to the scene, Vogel shifts the power occasionally, having Echo observe him “cede control and then his will was mine”. A moment of respite in an otherwise brutally submissive evening.

Vogel is from Los Angeles and lives in Berlin, where she works as a writer and Swedish-to-English literary translator. She has written on the themes of power and sexuality for publications such as Granta, the White Review, the Paris Review Daily, and the Quietus. Her translations include work by contemporary authors Lina Wolff, Lena Andersson, Katrine Marcal, and Karolina Ramqvist. Permission recalls other recent debuts that look at women trying to escape from the roles imposed on them by society – Problems by Jade Sharma, How to be Human by Paula Cocozza, and particularly, Virgin And Other Stories by April Ayers Lawson.

Vogel brings a unique take to the subject in Permission. She is a gifted writer who can make any topic interesting, even Britney Spears: “She was pretty, blonde, and talented enough. A shining example of what a girl can achieve with hard work, tenacity, and luck. And she was all flaunt, no action: pure. It was crucial that we understood no matter how sexy her persona, she was still a virgin: not a girl, but not yet a woman.”