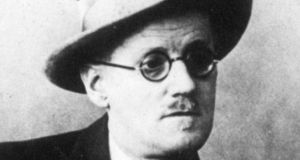 James Joyce: UCD’s properties on St Stephen’s Green, Dublin, are to house a major centre principally devoted to the writer under plans put out to tender by the university.

UCD’s properties on St Stephen’s Green, Dublin, are to house a major centre principally devoted to James Joyce under plans put out to tender by the university yesterday.

In particular, the currently unused Aula Maxima, a 19th-century hall adjoining the two fine 18th-century buildings jointly known as Newman House, will house a permanent museum devoted to Joyce’s work and life, with a particular focus on his links to Dublin and to UCD.

The plan has been developed in partnership with the National Library of Ireland, which will supply curatorial expertise and make available some of its important holdings of Joyce material. UCD itself also has considerable Joyce-related collections.

In addition, the centre will also showcase the Newman House buildings themselves, especially their splendid plasterwork. It will be open to the public and is expected to provide a boost for cultural tourism in the city. It is scheduled to open in January 2016.

Tourist draw
Eamonn Ceannt, chair of the working group which has been developing the project, said it was envisaged that some 140,000 visitors a year would come to the complex.

Architects Scott Tallon Walker have produced a design for linking the Aula Maxima to the other two buildings (Nos 85 and 86) to improve access.

Funding to get the project under way has been generated, some of it from philanthropic sources, with one particular anonymous large donor. Mr Ceannt did not wish to give a figure for the overall cost, but some €20 million at most would seem a reasonable estimate.

He stressed that the project aimed at authenticity and inclusivity. While the main focus will be on Joyce, the centre will also showcase the work of other writers linked to UCD such as Gerard Manley Hopkins, Cardinal Newman, and, more recently, Flann O’Brien, Kate O’Brien and Mary Lavin.