Race and gender transformations in a vividly rendered Lagos 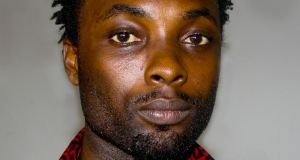 ‘I cannot make you understand. I cannot make anyone understand what is happening inside me. I cannot even explain it to myself.” Gregor Samsa’s mutation from human to giant beetle in The Metamorphosis is one of literature’s great transformations.

Borrowing heavily from Kafka, A Igoni Barrett’s debut novel tells the story of a black Nigerian who wakes up white: “Furo Wariboko awoke this morning to find that dreams can lose their way and turn up on the wrong side of sleep.”

Jobless and living at home, Furo is a down-on-his-luck everyman, struggling to get work in a country with 50 per cent unemployment. In a neat reversal of Gregor’s tale, Furo desperately wants a job and is willing to work for pittance to get on the ladder. Hiding the morning’s transformation from his family, he rushes across a vibrantly rendered Lagos to interview at publishing company Haba!

Arriving late to join dozens of hopeful candidates, his expectations are low. Within minutes however, his new status affords him privileges. Fast-tracked to interview, he is offered a better role than he seeks, that of marketing executive, with triple the salary and a company car. Furo, who will soon rebrand as Frank Whyte, cuts himself off from his family without money, food or a passport and sets out to survive the two weeks before his job begins.

“For the black man there is only one destiny. And it is white.” A quote from Frantz Fanon’s Black Skin, White Masks is one of many intertextual references throughout the novel. It sums up the major themes of Blackass, where the confines of race and gender are conveyed through the shifting identities of the characters.

Barrett is an acclaimed short story writer with two collections to his name. A winner of the 2005 BBC World Service short story competition, he has received a number of fellowships, including the Chinua Achebe Center Fellowship that supports up and coming African writers.

His debut novel offers an inventive and playful take on power and identity in modern Nigeria. As the red-haired, green-eyed, pale-skinned Furo accepts the money and sexual advances of various women, the story takes a postmodernist turn with the introduction of a character named Igoni, a writer who meets Furo in a shopping centre and decides to unearth his history.

The metafiction aspect adds layers – the process of creating character and identity, the importance of story, the lineage of literature, “the widening gyre of our parents’ colonial hang-ups” a nod to Achebe and Yeats. Igoni undergoes his own change, from man to woman, an intriguing subplot that is somewhat confusing and underexplored.

The line between fiction and reality is further blurred with the use of social media to document Igoni’s burgeoning relationship with Furo’s family, including a real life @_igoni profile on Twitter. While Barrett captures the cloying self-promotion and desire for celebrity of the medium, the content of the tweets don’t add much, particularly for readers uninterested in the form.

There is a dry humour to Blackass that engages, with Barrett conveying the injustices and frustrations of Nigerian society – the double economy for locals and white people, the nightmare traffic, nonsensical bureaucracy, Pidgin language of a postcolonial landscape, and the indigenous penchant for laughter and arguments.

Along the way there are more esoteric gags, such as Furo’s realisation that not every part of him has changed. (The clue is in the title.) In a panic, he steals the skin lightening creams of his new girlfriend Syreeta, a cleverly drawn, too-perfect creation who may have ulterior motives. The limited roles afforded to Nigerian women comes across clearly. Younger women sell themselves to advance; those who become mothers are blamed for the failures of their sons and husbands.

A prose style that veers from colloquial to formal and lyrical works in parts – “The sky was deep purple; the moon was still out; dew dripped from the leaves of the looming trees” – but elsewhere it jars: “Delight deposed confusion in Arinze’s features.”

Things fall apart plot-wise in the latter half as Furo goes to work at Haba! The office scenes are less absorbing and developed than Furo’s bizarre predicament and the family he leaves behind. Where the book succeeds is in its depiction of a corrupt country in stasis, where people must relinquish everything in order to change. As Furo notes when he learns Igoni’s story, “Somewhere, in some way, it was always happening to someone.”