New fiction: Among the Ten Thousand Things, by Julia Pierpont 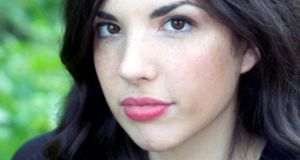 Hell hath no fury like a mistress scorned. The opening section of Julia Pierpont’s debut novel sees a jilted lover take revenge by printing out the online communications of an affair and posting the sexually explicit content to the wronged wife, Deborah. The nasty package is prefaced by a letter to Deborah, goading her about the intimate nature of the affair: “I know about Kay, her getting bullied at school, and I know about when Simon got caught shoplifting at the Best Buy. I never asked to know about your family. It’s just sometimes, he needed me.”

The “he” at the centre of the drama is Jack Shanley, an egotistical, middle-aged artist and father-of-two who has been sleeping with one of his models. The letter is a breathtaking opener, throwing the reader into the middle of a messy affair that has ended badly six months previously when Deborah sussed out Jack’s betrayal.

If revenge is a dish best served cold, this package comes straight from the freezer, landing accidentally in the hands of Jack’s 11-year-old daughter Kay. Thinking it a surprise birthday present, Kay opens the package and reads the letter. Struggling to understand the vitriol and sexual content, she enlists the help of her teenage brother Simon and the pair go through the emails before eventually handing the material to Deborah.

The triumph of Among the Ten Thousand Things is that it offers an oblique look at well-trodden ground. The women scorned by Jack’s selfishness are secondary to the devastating effect of the affair on his children. Seen through their eyes, the sordidness of the betrayal sinks in as the family unit is ripped apart. In a fast-paced, quietly funny novel that gives perspectives from Deborah, Jack and their two children, Pierpont thoroughly excavates the theme of marital infidelity and the destruction it leaves in its wake.

The 28-year-old’s debut, which reached a six-figure deal at auction, began as part of her MFA studies at NYU. Tutored by Jonathan Safran Foer and Zadie Smith, the New York author received two fellowships from the university.

An unusual structure divides the novel into four parts of varied length and includes a time-bending omniscience that is reminiscent of the work of Kate Atkinson and Jennifer Egan.

A second section pays homage to Virginia Woolf’s To the Lighthouse, as time passes and characters are killed off, their lives synopsised: “We thought we were living in between-time, after this and before that, but it’s the between-time that lasted.” The form complements the story, with part one fragmented and jumping between characters. A more cohesive third section grounds the narrative.

The constant switching of perspectives can jar at times and it lessens the reader’s connection with certain characters, Deborah in particular. A former ballet dancer who stole Jack from his first wife, she is a complex victim, full of guilt and ambivalence. Her plight is best rendered through a brutally honest phone call that shows how some hurts will never be erased.

As the family’s Manhattan home life falls apart, Jack’s reputation in the art world is also tarnished after an art installation explodes at the launch of his new exhibition. Falling from grace, he is forced to take an obscure commission at a university in Arizona and entertain at receptions to earn his keep, “his career laid out in rows of weak, sweet supermarket wine, pre-poured a third of the way.”

While the adult characters are interesting for their insights – “The hardest part of a marriage, of living with anyone, was those first 10 minutes after walking through the door”; “That everyone loses everyone, eventually. How can anything make you more tired than that” – it is the children and their predicaments that shine.

Kay takes to writing screenplays for the cast of Seinfeld in a bid to exorcise the domestic upheaval. Jerry and Elaine get married, Jerry has an affair, George tells Elaine, who doesn’t care: “‘But she said she is sleeping with your husband! Jerry!’ And Elaine’s still like, Yeah, so? LAUGHS.”

Simon is angry that his mother is not angrier. He views Deb’s response as pitiful and longs to distance himself. As he attempts to assert his independence on a summer vacation to Rhode Island, Ayn Rand’s The Fountainhead makes for suitable reading material.

The family unit is no more and Simon must look out for himself. His coming-of-age through his relationship with local girl Teagan is poignant and convincing.

In this accomplished and clever debut novel, Pierpont contrasts the ideals of youth with the realities of adulthood. It is a nuanced portrait of a family in freefall, told by an author whose grip on the harness is never in doubt.