Multitudes is a lively, humane book, gritty but wholehearted, and it offers an ultimately optimistic, progressive vision for Belfast and its women, writes Colin Barrett 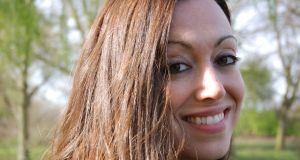 ‘She doesn’t know that there are places you never, ever go, not on purpose and not even by accident. One wrong turn, one wrong consonant; that’s all it takes.” This is the narrator of The Ally Ally O, the opening tale in the novelist and playwright Lucy Caldwell’s debut collection of short stories, referring to her younger sister’s innocent incomprehension of Belfast’s sectarian divide, but the narrator may just as well be talking about the condition of female adolescence itself, vividly portrayed within the pages of Multitudes as a fractious state of obligated group allegiance and roiling, inchoate sexuality, where any mark or utterance of difference leaves you vulnerable, if not to a sectarian brick or bullet, then to the living death of social exclusion or public derision.

Set almost entirely in Belfast, featuring a succession of young female protagonists, and ordered in rough accordance with the the narrators’ ages, the stories in Multitudes collectively work as a sort of kaleidoscopic bildungsroman, tracing the archetypal milestones and tribulations of the various characters’ lives as they come of age in the city in the pre-Good Friday Agreement era.

In Thirteen the departure to Ealing, England, of the narrator’s mixed-race best friend – so close the other girls accuse them of being “lesbos” – followed by a gruellingly humiliating birthday party, leaves her sufficiently socially hamstrung that she resorts to hanging out with the volatile, two-faced outcast Jacqueline Dunne. Out drinking, they encounter a posse of drunken older boys, and Caldwell captures well the mixture of jittery bravado and mutual loathing that swiftly leaves both girls out of their depth.

Bad decisions, and occasionally genuinely tragic behaviour, abound elsewhere: in Poison a schoolgirl develops a fixation with creepy Mr Knox, a French and Spanish teacher who married one of his past pupils. In Escape Routes, the bond between the Zork (a text based interactive fantasy video game) obsessed narrator and her older, sensitive male babysitter is severed when the latter goes missing. And in the darkly comic Killing Time, the narrator decides to commit suicide, apparently impulsively, “on the 1st of march, a Sunday. I haven’t planned it. I just find myself standing in the bathroom, my heart beating fast . . . knowing I’m going to, and suddenly it all makes sense.” Her attempt is improvised and meagre and almost instantly regretted, yet in the dread-wracked days that follow it, she becomes increasingly convinced she is going to die, and is haunted by the fate of Giles Corey in The Crucible. (Corey was sentenced to Peine forte et dure: the application of heavier and heavier stones to a defendant’s chest until they expired.)

The characters in Multitudes are struggling to escape their circumstances, but are for the most part determined to survive, to learn how to move forward into becoming the women they want to be.

As the exhausted mother in the title story puts it: “Before we are born, we decide in advance the lives we are going to live, the events in them, the people, the choices. We decide according to the lessons we want to learn, and all of us have already lived here many times over, learning new and different lessons, meeting over and over the same people in endlessly new configurations.”

This insight comes to her in the “light hot daze of one snatched nap” in the hospital, and it’s a lesson she admits she only fleetingly grasps, but while perhaps it is little too overtly mystical, it more or less encapsulates Caldwell’s method and purpose with each of these stories: if the majority of them revolve around premises that range from the merely miserable to the outright devastating (a dead child in Inextinguishable, a gravely imperilled newborn in the anguished, jumpy, raw title piece), Caldwell is not a writer who cultivates bleakness for its own sake, and the tone that ultimately prevails throughout Multitudes is one of tentative defiance, of a kind of celebratory bittersweetness and a refusal to finally bow to adversity.

Multitudes is a lively, humane book, gritty but wholehearted, and it offers an ultimately optimistic, progressive vision for the city of Belfast and the women who come from there, while never forgetting what has come before.

Colin Barrett is the author of Young Skins