Book review: A meditation on the amount of wasted life we’ve become accustomed to 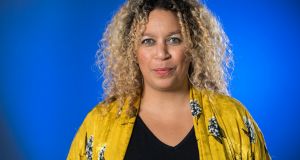 In her debut novel, Mrs Death Misses Death, Salena Godden breathes new life into the well-worn subject of death. Using an antique desk as a conduit, harried East London writer Wolf Willeford communicates with Death herself, who appears in his flat, not as the foreboding and heavy-hooded reaper, but as an elderly, working-class black woman eager to talk about her work. Together they travel across time and space, swapping stories and mapping her memoirs in this unexpectedly comforting page-turner.

Given the shape the past year has taken, a book with death in its title or between its covers might not seem like the obvious choice of reading material. However, the novel manages to uplift and reaffirm the power of connection and collectivism.

It can be difficult to write about a subject like death without invoking platitudes that end up flattening a book. Godden’s writing bypasses tired adages, zooming in on specifics that become loaded and devastating, be it an abandoned pile of clothes on the shore, or the way in which “the most ordinary objects have value: a hair clip in an old make-up bag will take you back twenty years, you didn’t even wear it much, but once you did and there you are again”.

Godden’s background as a poet and performer enriches this debut as she alternates between poetry and prose in telling Mrs Death’s stories. She has elegantly wrangled the energy of her work into a new medium. Where her prose is often frank and conversational, her poetry is sparse and raw.

Writing about the death of Prince and the simultaneous public outpouring of grief that usually follows the death of a celebrity, Godden spears the feeling of this particular type of loss, where art is the connective tissue between us and a stranger we felt we knew.

Especially striking are the flashbacks to lives lost through murder, such as the children killed by Myra Hindley and Ian Brady. Rather than tread back over the paths of this story we know, Godden isolates the fractured moments before their arrest in an unsettling prose-poem:

As well as dispelling the male energy that traditionally accompanies depictions of death, Godden’s version of the grim reaper upends the stereotype of woman as life-giver and nurturer. But then, who better to take away life than she who gives it in the first place?

Mrs Death Misses Death is punctuated with reminders about Grenfell; about the thousands upon thousands of refugees drowning in the Mediteranean between man-made borders; the children starving in poverty; the homeless in doorways and tents; those lost to Covid due to governmental incompetence; all the lives that could be saved were it not for the fact it is unprofitable to do so.

Godden has created a meditation on the sheer amount of wasted life we are accustomed to accepting as part of the cost of living, the avoidable tragedies that are the byproduct of extractive capitalism. Just as resolutely as Godden writes about how death is inevitable, she underlines again and again that so many deaths are preventable and that these tragedies need not be repeated. Nut until we find another way to live, they will.

Comparisons can easily be drawn to Max Porter’s remarkable debut Grief Is the Thing with Feathers and, closer to home, Mark O’Connell’s Notes from an Apocalypse, Doireann Ní Ghríofa’s A Ghost in the Throat, and Dennis O’Driscoll’s devastating poem Someone. The friction-free blending of poetry and prose invites space into this book, which Godden uses to communicate the two poles of expressing grief: when loss fills us with words, and when it robs us of the ability to communicate what we desperately want to about those dear to us.

Mrs Death Misses Death is both a balm to a bad year and a reassuring accompaniment to a new one. “Humans still have so much to learn. But in times of difficulty, when you are in pain and trauma, accidents and emergencies, you draw breath together, you connect, you’re most tuned in and alive and alert.”