Miss Emily by Nuala O’Connor: Domesticity and Dickinson’s dark side

Review: Éilís Ní Dhuibhne admires a compelling novel about the friendship of poet Emily Dickinson and her Irish maid 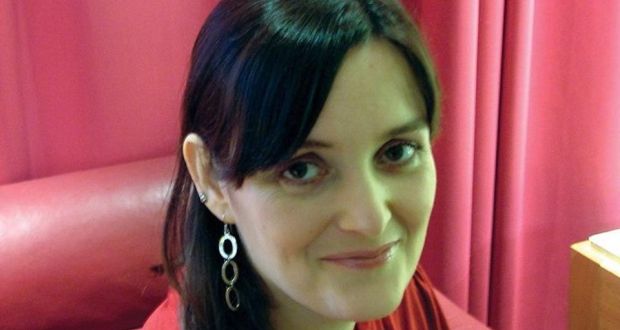 ‘From now on I shall only wear white,’ I say. I do not know where this sentence – this decision – has descended from. It is true that I love white – my favourite dress is a snowy white wrapper with mother-of-pearl buttons and a pocket; I feel such ease in it, such freedom.”

There is an intensely feminine feel to this, Nuala O’Connor’s eighth volume of fiction. She is better known under the Irish form of her name, Ní Chonchúir, but publication of this book in the United States made the change to the anglicised form necessary. The focus on small domestic detail is entirely appropriate, in a novel describing the life of the great American poet Emily Dickinson – a shy recluse who in later years seldom left the pocket of her own house, Homestead, in Amherst, and most of whose poetry was published only after her death. Nuala O’Connor gives us a glimpse of Dickinson’s life and personality through the eyes of an Irish servant girl, Ada Concannon. The story is told in two voices, the poet’s and the kitchen maid’s, in alternating chapters.

As everyone knows, thousands of Irish people emigrated to Massachusetts in the late 19th century, although not often to Amherst, the hometown of the Dickinsons. But there is a direct historical basis to Nuala O’Connor’s novel: the Dickinsons employed Irish servants and according to certain sources Emily was particularly close to some of them.

Ada isn’t the stereotypical emigrant. For one thing, she is a Dubliner. Eighteen, highly talkative, and independent, her familiar manner offends most of the Dickinsons, but Emily is charmed by it, and the novel explores the waxing friendship of the two women. In the kitchen, Emily and Ada chat about life, poetry, and frocks. Together they make cakes and jellies in a sort of Little Women scenario – although as far as I recall Louisa Alcott’s Little Women would have run a mile from an Irish emigrant. And there is nothing Little Women-ish about the darker side of Ada’s life. Emily Dickinson’s brother, Austin, does not share his sister’s affection for the Dublin maid, and his views of the Irish are probably more representative than hers: “She is from Ireland and one sure thing about the Irish is that they disdain the truth. They have two, nay, three, faces apiece . . . You have to understand that there is a certain island madness about the Irish, Emily; they are unhinged and vicious.”

The vulnerability of servant girls, even those working in the safest kind of house, is not overlooked. Ada’s fate in the novel was commonplace for hired girls but O’Connor gives it a few interesting and macabre twists which lift it out of the realm of the predictable.

O’Connor writes about the warm friendship of the Irish girl and the unconventional poet in such a way that the relationship is entirely plausible. Both characters share a zest for life and an ability to see the poetry in the ordinary. The complexity – the darkness – of the real Emily Dickinson’s character is hinted at. A sense of the way in which she seems to transcend all norms is beautifully conveyed.

Historical fiction is full of pitfalls for the writer. Apart from the perennial question regarding the distinction between fact and fiction, which is unimportant but which can naturally exercise the reader, there is the more bothersome issue of language itself. Should the novelist try to emulate the style of the period? Some of the best historical novels circumvent the problem by writing in the author’s English, with only faint nods in the direction of historical idiom. Nuala O’Connor is to be commended for rising to the challenge of reproducing 1860s English, in both its New England and Dublin varieties. The sections of the novel recounted by Emily Dickinson are in the main convincing, but, as is almost inevitable, the occasional false note is struck. Ada Concannon’s voice, however, is outstandingly successful and feels consistently authentic.

This accomplished novel is deftly structured. In its economy of scale it may deliberately emulate a Dickinson poem: a great deal happens to Ada, but the action occurs during a single year, and is largely set in one place, indeed mainly in one room – the kitchen in Homestead. The focus on the two main protagonists is firmly maintained. The result is a lyrical and thoroughly readable novel with a compelling storyline.

Éilís Ní Dhuibhne’s latest novel is Aisling, Nó Iníon A (Cois Life, 2015.). Short stories appear in The Long Gaze Back (2015), edited by Sinead Gleeson, and A Kind of Compass, edited by Belinda McKeon (2015)