Anna Burns’s novel is a story of Belfast and its sins, but it is also a story of anywhere 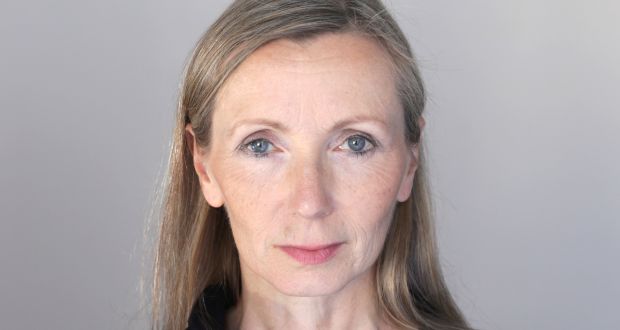 There’s a moment about a third of the way through Anna Burns’s Milkman when the un-named narrator is in an adult education French class who rebel against the difficult novel their teacher has assigned as homework. The author had been describing the sky in French with a bevy of trying metaphors and finally the class mutinies. “Why all the fancy footwork when all he need say is that the sky is blue?” someone cries and a chant begins: “Le ciel est blue! Le ciel est blue!” until the teacher’s calm unnerves everyone and the chanting stops. She takes them to the window overlooking the city and demands that they look at the sky, really look at it, and tell her what they see. The amazed, bewildered, unsettled class discovers that the sky is pink, lemon, mauve and orange-red. “Don’t worry,” the teacher says. “Your unease, even your temporary unhingement in the face of this sunset is encouraging. It can only mean progress. It can only mean enlightenment.”

Burns is the teacher and we are the students. Milkman is a novel set in the Belfast of the uneasy 1970s but the city, like the lead protagonist, is never named. And Burns’s agenda is not to unpack the dreary tribal squabbles that so characterised Troubles-era Northern Ireland; rather she is working in an altogether more interesting milieu, seeking answers to the big questions about identity, love, enlightenment and the meaning of life for a young woman on the verge of adulthood. Our narrator-protagonist, known only known as “middle sister”, has just turned 18 and is kept busy working in the city, jogging with “third brother-in-law” and concealing her relationship with “maybe-boyfriend”.

The book begins with the appearance of the mysterious Milkman in her life as she is walking home from work reading Ivanhoe. He offers her a lift in his sinister, white “shapeshifting” van which she declines. Milkman is a creepy 41-year-old married man who has a reputation as a groomer of young girls and as a player in the paramilitaries. He’s a dangerous man and when he encounters her jogging in the park and starts running along side her they are noticed together and tongues begin to wag in the small gossipy world of their street. Middle sister becomes “interesting” for the first time in her life – something she had never aspired to be. Better to fly under the radar than attract the attention of the paramilitary chieftains or the police.

The game Burns is playing here is psychological and sociological not historical. These people could be any people in any tight-knit community. Milkman reads like one of those Russian novels that begins “In those days, in our Province, in the town of Z-” and in its intricate domestic study of a disparate family there are agreeable echoes of Chekov, Tolstoy and Turgenev.

Middle sister has already begun to stick out from her older siblings by showing no interest in marriage and by this habit of reading Victorian novels as she walks down perfectly respectable streets. There is nothing between her and the Milkman but the gossips see logical connections. Of course the unmarried reading-while-walking weirdo will hook up with the paedo Milkman.

This is a book about names and identity. The wrong boy names with their hint of “over the water” can get you bashed, the wrong girl names will just get you dirty looks. Girls are lesser creatures and girls stories are lesser stories. Anna Burns is part of a movement of new and established female Belfast writers who are correcting that impression along with Lucy Caldwell, Roisín O’Donnell, Jan Carson and others.

Kenneth Tynan pointed out that a good critic perceived what was happening but a great critic also saw what was not happening. In Belfast for many years there was a lot of not happening. The men of violence who launched the city’s 30-year-long suicide attempt tried to silence the women who mocked them for their macho stupidity and faux intellectual posturing. The women were never silent but now thank goodness they are being published in increasing numbers.

Milkman is both a story of Belfast and its particular sins but it is also a story of anywhere. It reminded me of China Mieville’s The City and the City where identity, names and seeing the Other are contentious acts. Milkman shares this level of ambition; it is an impressive, wordy, often funny book and confirms Anna Burns as one of our rising literary stars.