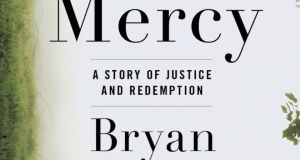 Bryan Stevenson has been rightly compared to Atticus Finch, but there is much of Portia about him as well. This powerful book is a damning indictment of the US “justice” system, which has the world’s highest rate of incarceration. If you are poor and black you are five times more likely to be jailed. It is also unique in condemning children to life imprisonment without parole. Privatisation has meant people being kept locked up so that more profit can be made. Stevenson has spent his life representing the poor in Georgia and Alabama. His book is built around the story of Walter McMillian, black and on death row in Alabama, convicted of killing a white woman. It took Stevenson nearly five years to secure his release. A gifted narrator as well as a great lawyer, from his long dedication to helping the poor to achieve justice and mercy, he has learned that “each of us is more than the worst thing we’ve ever done”.

Hilary Mantel: ‘Any nation that’s got warlords has got a Cromwell’
Real news has value SUBSCRIBE