It takes a village: the help I got to become an author

Alan McMonagle, whose debut novel Ithaca is out next month, traces his ‘flip-flop shoe of an existence’ as a writer and gives credit to the many people who helped along the way 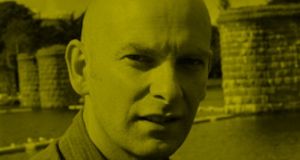 Alan McMonagle: Here are some things I now know: Writing is a long way. It is a minority sport. It is a game you lose almost all the time. You must learn how not to give up

“I was three books in before I thought I could call myself a writer.” This was one of the first things Mike McCormack said at the Galway edition of the Words Ireland writers series. The words struck a chord. I have published two small-press collections of stories and my first novel is coming out in March. And Mike McCormack is not the only writer I have heard express this sentiment.

In my writing life I flit anxiously and eagerly from day to day. Lengthy spells can pass before anything (a scene, story, poem) nudges its tentative way across the finish line. I can dither with the best of them. It’s something born out of uncertainty and fear. Fear of not being good enough. Fear of being found out for the phony I regularly convince myself that I am. Fear of not being able to go on. Over time, I have come to realise that fear is not something to avoid or run away from or beat back with a stick. It is something to withstand. Let your poison be your cure. So goes the line in the wonderful Louis MacNeice poem, Thalassa.

I started writing when I was six years old. I wrote a 25-page story called The Ants Who Grew Into Gi-ants. I remember at the time thinking: this title is so clever, I am a genius. At age 12 I stopped and didn’t begin again for the better part of 20 years. The intervening years were a mixed bag of misspent youth, false starts and wrong turns; reluctance, hesitation and indecision. I drifted. I travelled. I took on various jobs (office slave, greeting-card seller, stockboy, shelf stacker, floorsweep) and gave them all up again. All the time I was aware of a gaping hole in my existence. I talked endlessly to myself about writing.

Early in 2006 I applied to do the MA in Writing in Galway. I produced a couple of stories to support my application. I applied for a higher education grant. One of the stories was accepted for publication. Another won a prize. My grant application was accepted. And I bagged a place on the MA.

I do not think writing is something that can be taught per se. However, there are certain qualities I feel necessary for the cultivation of good writing habits – focus, discipline, concentration. This is primarily what the year on the MA provided me with. Plus, I was instantly introduced to a writing community and the strength-in-numbers camaraderie is something that will always stay with me, as our motley bunch of writerly wannabes struck out together to various literary events.

Finishing the MA in Writing in 2007, I heard from the Arts Council telling me that I had been awarded a bursary (I had applied earlier that year). This was divine intervention as far as I was concerned, as it gave me (temporary) permission to convince myself that I was good enough to continue.

I submitted stories to various journals. I collected rejection notices. From time to time an editor accepted something for publication. At the launch event for the 2008 Cúirt Festival of literature in Galway, I got to talking with a small-press publisher who expressed an interest in reading a batch of my stories. They enjoyed what they saw and offered to put a slim collection together. This became my first published book (Liar, Liar). On the strength of this I felt emboldened to keep going. For a moment, as exhilarating as it was brief, I thought I was ready to churn out my first novel. Then nothing happened.

I decided that I needed to get out of Galway and so I applied to a number of writing retreats. And again, just when I needed it most, I got to spend precious writing time at the Heinrich Böll cottage on Achill Island and the Tyrone Guthrie Centre in Annamakerrig. I also got to travel abroad for lengthy stints at the Banff Centre for Creativity in Canada and the professional artists’ retreat at Yaddo in New York. My un-started novel morphed into a second manuscript of stories. Another dogged small-press publisher (Arlen House) expressed an interest, and early in 2013, my second collection was published.

Unlike the earlier collection, Psychotic Episodes picked up a smidgeon of notice. Crucially, it attracted the attention of some festival organisers. One of these was the Dromineer Literary Festival on the banks of Lough Derg in Tipperary, curated by that stalwart in all things literary, Eleanor Hooker. Eleanor billed me with Donal Ryan, Paul Lynch and Julian Gough. The event went well and, in the bar afterwards, the three lads threw down a collective gauntlet: have a go at a novel.

So I returned to Galway, commandeered one half of a kitchen table, cleared my writing throat. And I went for it.

A second bursary (after several unsuccessful applications) from the Arts Council facilitated this. As did the fees from creative writing courses I put together and proposed to my hometown arts office in Longford and the Irish Writers’ Centre in Dublin. As did some insightful feedback from a reader who understood what my novel was trying to do. She urged me onwards. As did a timely query from a London agent who had seen some of my stories (unbeknownst to me, Paul Lynch had alerted his agent – writers can and should look out for each other) and wanted to know if by any chance I was working on a novel. Of course I am, I replied, and he politely told me to chop-chop.

Again, it was about dragging myself to the desk (especially on the days I didn’t feel like it) until I had churned out a novel-length manuscript. Again, it was about the necessity of an ecosystem of supports (bursaries, residencies, courses, publishers, festivals, other writers) to provide me with the space, time, money, and that oh-so timely confidence to keep going.

Here are some things I now know: Writing is a long way. It is a minority sport. It is a game you lose almost all the time. You must learn how not to give up. Every day is the first day. Listen to yourself. Discover your expectations (these can change and may evolve as time passes). If you are getting something out of what you have written, there is a good chance someone else will.

The muse will not always turn up (too often, it will be necessary to go after her with a stick), but you, the writer, must. There are days, few and far between, when you will feel that if you could stay awake you will write effortlessly till the end of time. There are other days when sharpening a pencil feels like a step too far. It is a flip-flop shoe of an existence.

Three books before I thought I was ready to call myself a writer. My manuscript got done, the agent liked it, and one glorious Friday morning late in 2015 I received a phone call informing me that Picador thought it had the juice.

More than 10 years have passed since I enrolled on the MA in Writing. My novel is coming out in March. It is my first novel, but my third book. I am looking forward to that day. I will get to call myself a writer.