I Saw Her That Night review: War and peace and impossible love

Friendship and betrayal, hope and guilt and the torment of remembering are Drago Jancar’s themes in this kaleidoscopic, communal war novel, writes Eileen Battersby 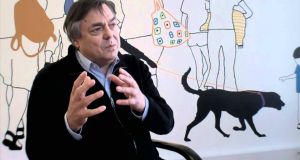 Book Title:
I Saw Her That Night

A man lies awake, haunted, as usual, by his memories. This time its seems somehow different, though the memories are apparently real.

Stevan Radovanovic is a Serbian cavalry officer, a career soldier whose life is the army. He comes from a humble, non-military background; his father sold horses. But Radovanovic joined the army and was able to use his love of horses, and his skill with them, to find his place within it. Eventually it causes him unexpected joy, followed by a loss he describes as making him feel “the end of the world had come for me”.

Slovenian novelist Drago Jancar begins his complex meditation on war and the horrors it causes men to inflict in a mood of thwarted romance. Despite his brave words, Radovanovic, the first of the five narrators, has not forgotten the consequences of having accepted a special assignment.

The task is unusual and has nothing to do with the army: he is asked to teach a pampered young woman from Ljubljana how to ride. Veronika Zarnik is the wife of the commanding officer’s close friend, a shadowy businessman with many deals going on as Europe heads towards war in 1938.

Radovanovic enjoys teaching raw recruits and turning them into excellent riders. However, “What I did have something against was the thought of having to teach some rich, spoiled young lady to ride.” But he has no choice, and the major who has given the command makes a point of reminding Radovanovic to remain aware of officer’s honour.

Veronika is opinionated, strong- willed and used to getting her own way. As her loving mother, another narrator, remarks: “When she decides to do something, no one can stop her.” The first lesson goes badly.

Among Veronika’s accomplishments is her education, her ability to pilot an airplane and a decent singing voice. Naturally, if unconvincingly, her riding progresses very quickly, and within two months she has mastered horsemanship and rides like a Polish uhlan. Her allure is obvious, as each of the slightly bewildered narrators, whose accounts of their experiences with Veronika help piece together the story, witness.

The narratives are snapshots of Veronika’s life, set against the backdrop of war. Her lover, Radovanovic, experiences various aspects of her banal wilfulness. These include challenging everything he values, from the importance of grooming the horses to even questioning why they live in stables: “Horses are free creatures, freer than people; we ought to make it possible for them to run through forests and meadows.”

I Saw Her That Night

The opening section is crucial because Jancar risks losing readers, wary of following a predictable and disastrous love affair that has caused a scandal and results in the officer’s disgrace. It reveals Veronika as an indulged woman who even had her own pet alligator – until it bit her husband, Leo.

Leo Zarnik seems a spineless fellow, besotted with his wife, if also preoccupied by a factory and various mines in Serbia. Yet even after Veronika has moved in with her lover, Leo lures her back by purchasing a country manor.

It is daring of Jancar to create such a selfish and ambivalent heroine. Radovanovic as the grieving lover is more sympathetic and also convinces, conscious that he belongs to an inferior social class – and that his boots become very dirty indeed on manoeuvres.

Both Leo and Radovanovic have their share of humiliation at the hands of Veronika, who openly toys with men. Jancar, best known for his astounding picaresque through late medieval Europe, The Galley Slave (1978), is intrigued by turmoil and exerts a subtle control over his stories through his manipulation of time scales and multiple viewpoints. The reader may not like or even believe in Veronika, yet will want to know what happens to her.

I Saw Her That Night

One of the characters recalls the Veronika he knew and as an old man compares his reactions as a young partisan with his response to the much later conflicts of the Yugoslav wars of the 1990s.

The cavalry officer gives his account of a love that not only hurts but embarrasses him, while Veronika’s mother lives in hope that her wayward daughter will return from her adventures. For the old lady, her world has changed and the only person who understands is Peter, her beloved dead husband to whose photograph she confides.

With the third, and strongest, narrative, begins the real story, told by a German army doctor. It is one man’s eloquent and harrowing account of a sprawling war and being seriously wounded while also remaining a mere observer. For this part, Jancar has made inspired use of source material. The doctor, who was also unrequitedly half in love with Veronika, is the most compelling character.

A part of the doctor refuses to remember, but he can’t help himself: “There’s a veil of forgetting that’s already descending over the past and my memories . . . life has shifted toward the other side. The one where my dead comrades are, who fell in the swamps of the Ukraine, on the muddy forests trails of Slovenia, where partisan bullets came flying out of an ambush . . . or the plains of Lombardy as we retreated towards the Alps in ’45.” His friendship with Veronika and Leo is a guilty burden.

There is also the voice of a housekeeper, who recalls the night the partisans arrived and had no trouble forgetting the food and equipment they took from a man they considered a collaborator. The final word belongs to a survivor, who must live with his shame but blames it on the war.

Friendship and betrayal, hope and guilt and the torment of remembering are Jancar’s themes. His liquid balancing of illusion and reality sustains this kaleidoscopic, communal war novel, which moves relentlessly towards an obvious yet symbolic act of violence. Eileen Battersby is Literary Correspondent