How writing dystopian sci-fi convinced me humanity is not doomed

While researching material for her debut novel, Edge of Heaven, RB Kelly was pleasantly surprised to find that things are not as bad as she thought 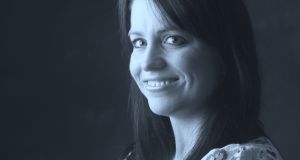 RB Kelly: I write dystopian science fiction, and I’ll keep on doing so because it’s fun to think about the what-ifs. But I’m pleased to say that I think my predictions are completely and utterly wrong

Some time in the midsummer of 2013, I was getting ready for what would be the final edits on my nearish-future science fiction thriller, Edge of Heaven, when I realised that my research dated from a draft completed in the late nineties and could probably do with a bit of an overhaul. Technology has evolved at an unimaginable rate since I first sat down to write the novel, 22 years ago, and discussion of manmade climate change has moved firmly from the countercultural margins to the centre of public consciousness. I thought I’d better update my ideas a bit.

I was idly scrolling through reports on fluvial patterns in the countries of Northern Europe because the life of an aspiring novelist is just that kind of laugh-a-minute thrillfest when I came upon an interesting link.

With growing scientific concerns about the impact of global warming on the jet stream and consequent devastating weather shifts in our temperate corner of the continent, I was expecting to find nothing but grim reading and sombre statistics. And I did: don’t get me wrong. We really do not want the jet stream to change direction. But in the middle of all that, what I was not expecting to find was evidence that we’re actually starting to fix some of what we’ve broken.

More specifically: “Satellites show that the recent ozone hole over Antarctica was the smallest seen in the past decade. Longterm observations also reveal that Earth’s ozone has been strengthening following international agreements to protect this vital layer of the atmosphere.” (1)

Well. That was a pleasant surprise.

Part of the reason I write dystopian scifi is because I was a kid in the 1980s and 1990s, when environmental breakdown was just beginning to hit the news. Edge of Heaven explores what it might be like to navigate a society that’s outgrown the only planet we have to live on; a society that has lived so long with changing climate patterns and catastrophic soil collapse that resourcescarcity and the resulting systemic inequalities have just become business as usual.

Set 30 years after a failed AI revolution shocked humanity out of some of its favourite laboursaving comforts, pockets of leftover guerilla resistance remain active and furious, and the constant threat of violence has woven itself into the fabric of everyday life. Those who can, move offworld; those who can’t, crowd into evershrinking corners of habitable land and make plans for the better life that’s always just out of reach. There’s beauty in the darkness, because human beings have the ability to make beauty in the ugliest of situations, but it’s not a place any of us would choose to live.

Edge of Heaven imagines the world that might happen if this generation doesn’t manage to act while there’s still time.

But I no longer think it’s going to come to that.

It seems to me as though humanity is currently in the grip of our awkward teenage years. We’re still trying to fit into our post-industrial revolution skin, and we have no older voice of sentient reason available to guide us, so of course we’re going to make bad decisions: that’s what teenagers, experimenting with new freedoms but without the benefit of a fully developed prefrontal cortex, do. But look at what we’ve achieved. One hundred years ago, women barely had the vote. Fifty years ago, we still had capital punishment. Thirty years ago, we had a hole in the ozone layer that was going to give everyone skin cancer who didn’t wear Factor 40 and hide from the midday sun; now, it looks as though

in another 30 years’ time, we’re going to have reversed that ozone depletion to a point where the damage done by CFC use might never have existed.

The simple fact is, things are getting better. It might not look like it, and it certainly might not feel like it, but the facts are compelling. We are, despite reports of religious and political insurgencies, despite high-profile terrorist killings and unrest in various corners of the globe, living in “the most peaceful era of our species’ existence,” according to one Harvard professor. The world is getting less violent; (2) we’re just more aware of the violence that happens, thanks to the mass availability of information, and that’s a good thing, but the fear that it engenders makes it look as though we’re doing much worse than we actually are. Democracy, with all its flaws and inequalities, is still a better system than a feudal serfdom, and we’re getting better at it all the time, even though it’s only really been around for 300-odd years a blink of an eye on the human evolutionary scale.

We can cure most cases of certain types of cancer. We’re getting closer to curing most cases of several others. A global flu pandemic hit a couple of years ago, and billions of people did not die – look how far we’ve come in the 100 years since the last time that happened. Things are getting better.

I’m not naïve. There are deep-seated problems in our society and on a global scale: some of them are annoying, some of them are terrifying, and some of them are unequivocally unacceptable. Some of them absolutely need to be fixed right now or it’ll be too late. Manmade climate change is one of them. But look what we managed to do with our ozone layer in the space of this 37-year-oldwoman’s lifetime.

I write dystopian science fiction, and I’ll keep on doing so because it’s fun to think about the what-ifs. But I’m pleased to say that I think my predictions are completely and utterly wrong.

Except the AI revolution. I definitely think that’s still on the cards.

Edge of Heaven will be launched by Liberties Press on June 10th, at the Crescent Arts Centre, 2-4 University Road, Belfast, as part of the Belfast Book Festival.

2 Pinker, Steven, 2011. The Better Angels of Our Nature: The Decline Of Violence In History And Its Causes. (London, Penguin)