Getting inside Hamlet’s head

A brisk, witty argument for a philosophical, politicised and perverse version of the play 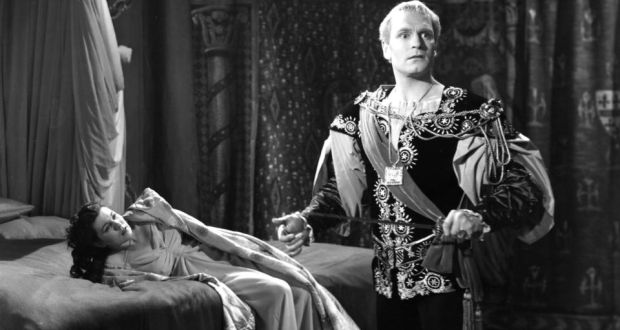 In Laurence Olivier’s 1948 film of Hamlet , the “To be, or not to be” speech is given a strikingly odd and symptomatic treatment. To a panicked score by William Walton, the camera spirals up Expressionist stairs to discover the prince on the ramparts of Elsinore, wreathed in mist and perched giddily above roiling waves.

The soliloquy itself is spoken off-screen, inside the tragic hero’s mind; before it starts there’s a closeup of the back of Olivier’s blond head, and superimposed fleetingly (not to say a little comically) a faintly pulsing brain. It’s a moment of alarming literalism; it seems Olivier had been reading Ernest Jones’s essay on Hamlet and the Oedipus complex, so was intent on a Freudian reading, however clunky. But the shot is also of a piece with Olivier’s conventional view of the play, which he states baldly over the opening credits: “This is the tragedy of a man who could not make up his mind.”

As philosopher Simon Critchley and psychoanalyst Jamieson Webster remind us in their polemical study of the play, this is what we’re traditionally led to believe about the dithering Dane. And yet it’s in some ways a curious interpretation. For one thing, do we really imagine that a swift dispatch of the murderous usurper Claudius would set the rotten state and its wretched prince aright? (As the French theorist René Girard once asked: how come such otherwise peaceable souls as Coleridge, T.S Eliot and AC Bradley get so eager for gruesome revenge the moment they open a copy of Hamlet?)

For Critchley and Webster, critics have too often read Hamlet as “some obsessionally indecisive petit-bourgeois everyman”: a character to be crudely identified with, a melancholic whose metaphysical foostering – this is essentially Harold Bloom’s version – sublimes him into a beautiful soul.

What are the alternatives to this view? The first is to acknowledge, as Critchley and Webster put it, that “there are wheels within wheels in this play, and they all spin around the blinding sun of political power”.

The German jurist Carl Schmitt argued as much in the 1950s, noting that Hamlet is “the most indecisive character in world literature”, but pointing out too that the crisis about which the play pivots is a matter of political sovereignty, not personal animus. Hamlet, as the authors have it here, has “lost his mojo of sovereign potency”. But this only gets us so far, and fails to account for the prince’s compelling character and rhetoric. If Hamlet is just a play about the fragility of monarchical authority, then what to do with the sheer excess of its language, with its hero’s complaint that he “must like a whore unpack [his] heart with words”?

In The Hamlet Doctrine (the phrase is Nietzsche’s), the answer seems to lie in a series of philosophical reflections on what precisely the hero knows, or doesn’t know, or maybe refuses to know. It’s customary to talk about Hamlet’s doubt as the motor of his personality and predicament; for Bloom and others that’s exactly what makes him so modern. But there’s a counter-tradition, beginning with Hegel, that posits his problem instead as the burden of knowledge itself. In The Birth of Tragedy , Nietzsche inverts the logic we usually apply: “Knowledge kills action; action requires the veils of illusion.” And again in Ecce Homo : “It is not doubt, but certainty that drives you mad.” On this reading, Hamlet fails to act – or rather acts too late, so joins the pile of corpses at the play’s end – not because he lacks motivation but because he knows action will alter nothing: all is anyway corruption and decay.

This is one way of talking about the vexed question of Hamlet’s madness, or more accurately his melancholia. According to Walter Benjamin, Hamlet is a Trauerspiel or mourning-play: a drama in which both the personal and the political are reduced to a travesty of lust and murder, enacted in a field of bones.

The other way of describing Hamlet’s mental state is of course the psychoanalytic one, and a good deal of The Hamlet Doctrine is devoted to rehearsing controversies among Freud and his followers regarding the prince’s problem with desire. You could object that there’s slightly too much on these analytic disputes, or on the involutions of Jacques Lacan’s conjectures about the vanishing phallus. But if they were hardly great close readers of Hamlet , both Freud and Lacan lead us to some flummoxing aspects of the play’s weird sexuality: Hamlet’s vast disgust for Gertrude, his ambiguous doubling with Laertes and Ophelia. (Leopold Bloom was a little ahead of the Freudians: “Perhaps he was a woman. Why Ophelia committed suicide?”)

The Hamlet Doctrine is a brisk and witty argument for a philosophical, politicised and somewhat perverse version of the play. And with their pleasingly vulgar taste for puns – they’re good on “wills” and “pricks” and “holes” – Critchley and Webster are natural readers of Shakespeare. In the lineage of interpretations that they trace among philosophers, political theorists and psychoanalysts, there is probably little to alarm scholars and recent students of Hamlet , but the book could be read as a necessary counter to the restrictive historicism that has lately dethroned high theory among academic critics. There are satisfyingly grand claims being made here about the present value of Hamlet. One late surprise, of almost Bloomian moral import, is the authors’ insistence that the play’s abjection and monstrosity can – no, must – be pitted against today’s supposedly soulless, screen-mediated art and culture. That seems rash to say the least; though, as Hamlet says to Laertes, “praised be rashness”.

Brian Dillon’s Objects in This Mirror: Essays is published by Sternberg Press