The astute, captivating story of expat life of an American woman in Brazil 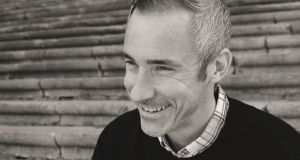 Okay. We’ll give them Emma Bovary, Anna Karenina, Isabel Archer and Molly Bloom. And maybe some others down through the centuries. But the female voice can also be notoriously tricky for male authors, even lauded male authors such as Jack Kerouac, Jonathan Franzen and Jeffrey Eugenides.

Irish male authors, at a glance, seem to hold their own: the novels of Colm Tóibín in particular, Sebastian Barry’s The Secret Scripture, Joseph O’Connor’s Ghost Light, Paul Murray’s Lori in Skippy Dies, and more recently, John Banville’s Jamesian tribute Mrs Osmond, Donal Ryan’s All That We Shall Know and Andrew Meehan’s debut One Star Awake.

Into the fray a second novel from an American writer, Ian MacKenzie, whose first person account of a woman in her late 20s living in São Paulo is one of the most convincing female voices this reviewer has come across.

In a laconic, pensive tone that chimes brilliantly with her expat existence as the wife of a financial analyst, Emma has little to do in her adopted city except ponder her place in the world and what the future may hold. If this sounds like a boring read, it is to MacKenzie’s credit that Emma’s musings are more than enough to compel the reader through her journey.

Despite a lack of action there is a tension that anything could happen, that snap decisions have life-altering repercussions

A curious and intelligent observer, she documents the city of São Paulo in all its vibrancy and inequality. Set against the 2013 demonstrations that shook Brazil, Emma encounters crime, protests, Haitian refugees, gentrification: “São Paulo was a metropolitan area of twenty-one million people, and always in the throes of something. There were rumours of drought. There were gangland killings, labour strikes. Carjackings. Whole bus yards mysteriously went up in flames a couple of times a year – that was a thing.”

While her husband works in the financial sector, Emma’s Ivy League English literature degree is of little use to her abroad. She knows she can write a coherent sentence, but she can’t, for example, “conduct a regression analysis, code in Java or Python, handle tools, afford health insurance”. The lack of tangible profits from her skills is something that will chime with, to quote Doris Lessing, that vast army of people who live by their wits on the fringes of the arts.

Emma instead teaches English to rich Brazilians who have one eye on America. Her husband has other suggestions for how she might allay her boredom. She could write a blog, for one: “You have the right sense of humour for that kind of thing,” he said. “And we could always have a kid.” The gender imbalance when it comes to parenting is explored by MacKenzie. The nonchalance of fatherhood – blog or baby? – versus the anxiety of motherhood: “The making of a creature whose existence is entirely your fault and who has to bear the costs of your decision; and this is not to mention the costs society bears . . . I worried that any child would turn out to be the victim of something, or the perpetrator.”

The marriage, though in crisis as the divide deepens, is tenderly portrayed. Time shifts are seamless, with flashbacks to earlier encounters adding depth. At a party, Emma parks her prejudices about finance guys when her future husband tells her he’s reading Joan Didion: “And later he told me a truly obscene dead baby joke. I knew the joke already, but it impressed me that he would risk that sort of thing with a woman he had just met.”

In the liminal lives they lead in São Paulo, a listlessness has crept in to the relationship. Late nights at the office, the potential of affairs, Brazilian men interested in aimless American women.

Despite a lack of action – most of the book centres on Emma’s interior observations – there is a tension that anything could happen, that snap decisions have life-altering repercussions. This is underlined by the baby question, but also by vivid scenes such as a robbery at knifepoint that takes place after an evening at a fancy restaurant. In the days following the attack, Emma considers it from the attackers’ perspective: “My mind ran to the safety of cliché. I was petrified. My heart was in my throat. But it was already a cliché: poor, dark-skinned street kids robbing rich, white-skinned foreigners.”

In a way that recalls the female protagonists of authors such as Lisa Owen and Jenny Offill, MacKenzie’s Emma bears the hallmark of a writerly mind – acute awareness and the necessary detachment to set it on the page. The author, from Massachusetts, graduated from Harvard and currently lives in southeast Asia with his family. His debut novel, City of Strangers (2009), concerned the fraught relationship of two brothers of a Nazi sympathiser father. This new book is less action-packed, more considered and all the better for it. Feast Days is a sophisticated and astute story of expatriate life told from a truly convincing, captivating female voice.