Book review: Lauren Oyler is unafraid in her exploration of social media and literary form 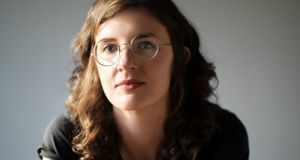 “There were so many people in bad moods at any given time, all we had to do was find each other,” says the unnamed narrator of Fake Accounts. She is speaking, of course, about Twitter, a platform synonymous with anger, call-outs and simplistic political arguments. Lauren Oyler’s novel spouts tired cliches of the evils of social media, but also provides insightful analysis into the ways it encourages impossible forms of disclosure about who we are and where those desires to disclose might lead us astray.

The narrator is a woman in her late 20s who works for a website and is dating a man who remains slightly aloof and distant from her. To satiate and further provoke her feelings of insecurity, the woman decides to sneak a look at his phone, discovering that he runs an account on Instagram that popularises a wide range of conspiracy theories.

8 ‘My husband is unemployed. Where will he go if I leave him for my business partner?’

14 We said: ‘This is life and death, and we owe the Irish people’

18 Davy board commits to ‘appropriate actions’ after Central Bank fine

26 Boxever bought by US firm Sitecore in multimillion-euro deal

27 ‘It was tribal and sexual’: Alice Cooper on the debauchery of Detroit rock

29 Three arrested as gardaí break up street party in Limerick

33 Bill Gates: ‘I’m not trying to take anything away from Greta Thunberg, but...’

34 Gordon Elliott should take break to ‘get life back in order’, says Ted Walsh

35 Róisín Ingle: I told my children about my new handsome friend. They accused me of cheating

36 Michael Harding: ‘Thank you for your love,’ I wrote to a friend. Then I tore it up