Book review: A Dutch misdiagnosis has strong parallels with our CervicalCheck scandal 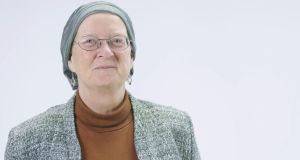 Adrienne Cullen is known to many here in Ireland as another “poor woman” who died as a result of a cervical cancer misdiagnosis. For that reason, her name is often mentioned in the same breath as those of Emma Mhic Mhathúna and Irene Teap, both of whom have died since 2017.

Emma and Irene were two of the 221 women affected by the CervicalCheck debacle. What was different about Adrienne was that she was misdiagnosed in another country, the Netherlands. What all three had in common was that they refused to be labelled as victims. In that sense, we were 221+1.

12 ‘I got a burning smell in my nose’: Third-wave Covid-19 patients share their experiences

13 ‘The hellhole says goodbye’: Glee and relief in Europe as Trump departs

14 ‘Brexodus’ of jobs from City of London to continue, says EU commissioner

22 Oireachtas staff ‘concerned’ about lack of masks in workplace

23 Gordon D’Arcy: Time for IRFU to be bold and secure futures of prized assets

27 Kathy Sheridan: There is no fairytale ending to the Trump version of American Psycho

28 Kamala Harris is about to make history. So is her ‘big, blended’ family

30 Coombe begins investigation into vaccination of family members of staff

31 Michael Harding: Talking to strangers. That’s what I miss

32 Man who sexually assaulted woman on Luas tram is jailed

36 The only four skincare products you need

39 Gorgeous terrace turnaround is right on track for €445k

40 The best independent Irish craft beers, as voted by brewers