Children and YA books: A bird’s death brings a new understanding of life 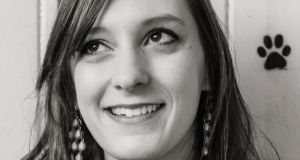 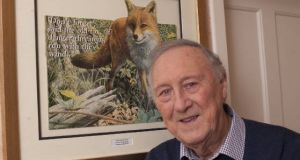 Think of picture books and we often imagine cosy bedtime reads about teddy bears and picnics, forgetting that many of the titles out there explore grief and loss. This month’s picture book choice, The Dead Bird (HarperCollins, £6.99), was written in 1938 by Margaret Wise Brown (best known for Goodnight Moon) and is newly illustrated by Christian Robinson.

The Dead Bird has been traditionally viewed in that light: a heart-warming tale about coming to terms with death as a group of children find and bury a dead bird.With these fresh (and racially diverse) images, however, the more tongue-in- cheek elements of the story are highlighted.

The children, some in costumes, go cheerfully about digging a grave for the bird. They want to sing to it “the way grown-up people did when someone died”, to perform rather than enact grief, and then cry “because their singing was so beautiful”. They return “every day, until they forgot”, to mourn the bird (in a grave marked “here lies a bird that is dead”).

This is not quite an important learning tool for young readers, but a clever capturing of a very familiar childhood ritual and obsession.

It is the season for returning to classic children’s stories, it seems. O’Brien Press has reissued Tom McCaughren’s award- winning (including a Bisto Book of the Decade prize) Run with the Wind (€8.99). This is the first in a series about foxes in a special part of the Irish countryside, the Land of Sinna, struggling to avoid man and the “fun dogs” that hunt them for their pelts. Only Sage Brush, an old blind fox, can help them uncover the secret of survival.

There is plenty of adventure within the story, though the large cast of characters makes it difficult to fully relate to any of them. The novel serves more as a commentary on the horrors of fox-hunting, inviting the reader to compare their persecution to that of humans.

The wise old fox even explains that “when black people escaped from their slavery in the southern states of America, and looked north to freedom, they saw in the stars the single most important thing to them – the ladle that gave them food. So they said, follow the ladle. However, when foxes look at the same stars . . . they see the form of a running fox, with the last three stars forming a magnificent tail. And so on winter nights a wise fox will say, follow the brush.”

Animal lovers of nine and up will adore this just as the generation before did; their more jaded classmates may find themselves sceptical of talking foxes.

For slightly older readers, Nicole Burstein’s Wonderboy (Andersen, £7.99) offers up a different kind of fantasy, venturing into the realm of superheroes. Joseph, who hails from a single-parent family, explains his social status as a scholarship kid at a posh school early on: “In the great food chain of Gatford House, where the sportsy ones are lions and tigers, and the ludicrous rah-rah kids are gazelles, I’m a bug that hides in the grass.”

Discovering that he has telekinetic powers seems like an opportunity to finally rise up against the bullies. The trouble is, the powers are not particularly impressive, and even the official superhero administration has deemed Joseph “small fry”.

The idea of superpowers emerging with puberty is not a new one, but aside from his mother’s response to Joseph “coming out” (“Have you tried not having superpowers? . . . Aren’t there people you can see?”), the metaphorical potential is downplayed in favour of pointing out that superpowers and heroism are two different things, and a plot that throws up more than a few surprising twists. Readers who enjoy this will be delighted to know that a companion novel, Othergirl, is also available.

For older teenagers and adults, for that matter, the must-read of the summer is What’s a Girl Gotta Do? (Usborne, £7.99). This is the third in Holly Bourne’s Spinster Club series (to be concluded with a novella later this year), which explore contemporary feminism and other tricky issues (including mental illness and dealing with an alcoholic parent) without sacrificing the plot or missing an opportunity for humour.

At the opening, Lottie, already an outspoken feminist, senses danger. “I’m not psychic – I’m just highly experienced in sexual harassment, like pretty much every other girl on this earth who dares to walk places.”

Experience doesn’t shelter Lottie from the fury and helplessness she feels at being harassed. So she decides to embark on a project where, for a month, she will call out every instance of sexism she sees. With the help of friends, she sets guidelines and tries to find ways of making it funny – including cream pie throwing and horn-honking. Even before it begins, however, Lottie encounters opposition from her parents, her school and the irritatingly handsome Will.

Although Lottie is strong and opinionated, she’s only human, and the abuse that piles on her as her project continues has the potential to crush her. Is it worth it? Does it even matter? Bourne offers up a painfully honest account of the cost of being openly feminist, even as Lottie concludes that “Fighting any harm is always worthy”.

As with the other books in the series, the power of female friendships is emphasised, and some of the best moments are when the three “Spinsters” are just hanging out, being silly and eating cheesy snacks. And like its predecessors, it offers up plenty of food for thought alongside the real emotional consequences of what might seem like abstract ideas. This is YA at its very best.

Claire Hennessy’s latest YA novel is Nothing Tastes as Good